On New Year’s Eve, Trinity ordinand Sarah Lee invited her parents, brother, and children to join her and her husband (Trinity ordinand Jonathan Lee) via Zoom for a surprising piece of news.

Sarah had been awarded a British Empire Medal from the Queen for services to the community in Oundle, Northamptonshire.

Just prior to her ordination training at Trinity, Sarah volunteered for eight years in Oundle developing ministries for older people through St Peter’s Church, Oundle.

‘I’m passionate that older people are not sidelined but treasured, and held in the centre of the community,’ Sarah says.

The SAGE ministries (Senior Adults Growing and Exploring) began with three or four people attending fortnightly meetings with tea, cakes, games, and a Christian thought for the day. The group grew to thirty people and deepened connections between older members of the community and the church.

Next Sarah developed a lunch club with the local primary school (pictured below, pre-COVID). After the children ate lunch, older community members enjoyed a hot dinner at the school while the children performed for them. ‘It was a win-win for everybody—an intergenerational event,’ Sarah explains. As the monthly ‘Munch Club’ drew a hundred people at a time, Sarah grew a team of volunteers to help support the event. 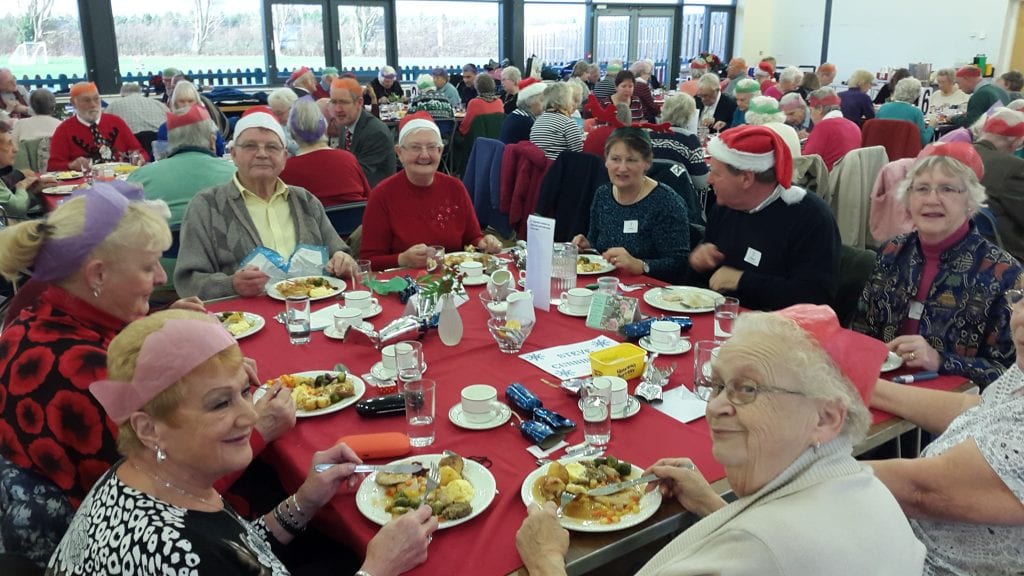 Sarah also created ‘Holiday at Home,’ an annual day-long SAGE event held within the church, which would imaginatively transport a hundred attendees to another destination—whether Italy, the seaside, or the Golden Age of Musicals.

The SAGE ministries additionally offered short courses throughout the year to look more deeply at the Christian faith, explore Advent or Lent, or discuss difficult topics like ageing or death.

Since learning of the medal, Sarah has received handwritten congratulations from the Lord-Lieutenant of Bristol, Peaches Golding. While Sarah could decide to have the medal presented to her by Bristol’s Lord-Lieutenant, she may wait and receive it nearer the community that nominated her, when she and Jonathan return to Northamptonshire for curacy this spring.

‘It was lovely to have good news in a year that has had less of that—very exciting to receive the letter about the medal, and then to tell my family too. I do not know who nominated me for the medal; it was a lovely surprise, and I am so grateful. It really was a team effort establishing and running all the events for older people, and I received so much back from the friendships I made with them all.’