In October, Trinity ordinands Sam Rylands and Tom Murray travelled to Rome to participate in an ongoing cricket initiative, playing the Vatican XI as members of the Anglican team under the title of the Archbishop of Canterbury XI.

‘A real highlight of the trip was the privilege to go and visit a Catholic seminary where some of the St Peter’s team members were studying,’ says Tom Murray. ‘I think we were all struck by their commitment to seeing the priests-in-training shaped in their character, through living life as a community. The students were all up before 5.00am for an hour of silent meditation, followed by an hour of college jobs and then morning prayer before breakfast. I have returned to Trinity reflecting on how we can learn from the priority they place on character formation, and what habits I can be developing to see my character conformed to Christ.’ Sam Rylands agrees, adding, ‘The trip has also given a sense that we must continue to strive for unity with our brothers and sisters in Christ from different denominations, because as Fr Eamon reminded us, it is God’s Church and with God all things are possible.’ 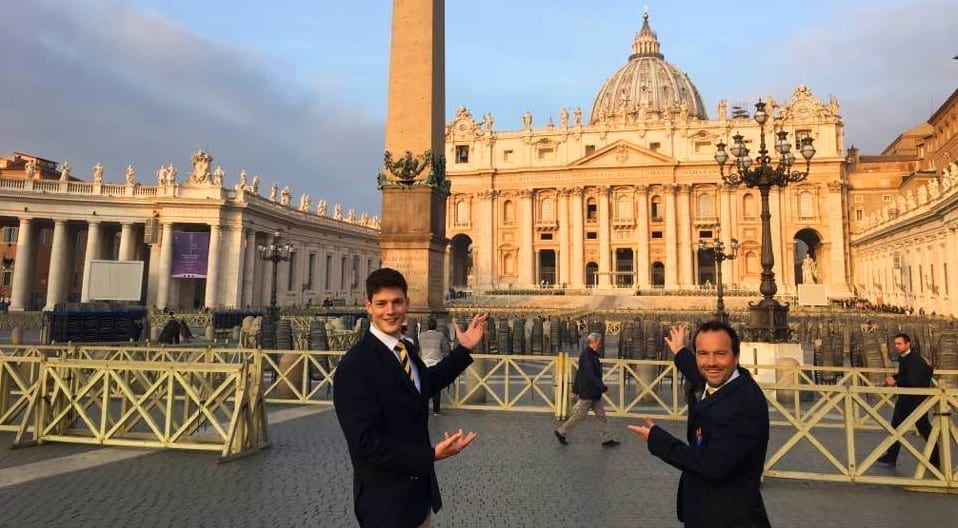