Last spring, Bloomsbury T&T Clark published a volume for its Library of New Testament Studies titled The Earliest Perceptions of Jesus in Context in honour of Trinity Tutor in New Testament Rev Prof John Nolland’s contribution to the field of New Testament studies. 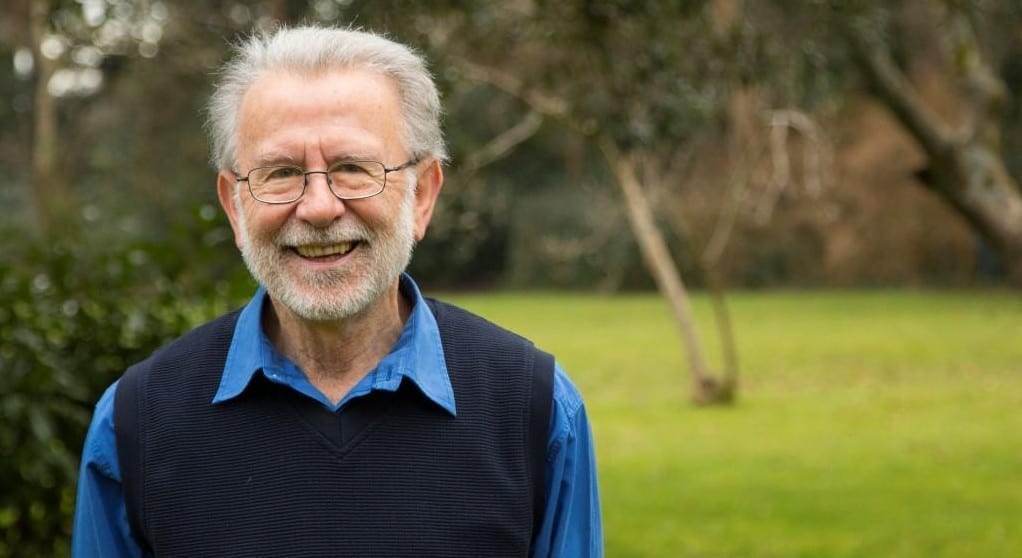 Q: How did this book come about?

A: The journey of this volume began with my admiration for John as a pastor, a scholar, and as a person I simply enjoyed spending time with when we talked about my dissertation and other topics. I remember one day having a conversation with John and realising that it would soon be his 70th birthday. In our field, important stages of one’s career or birth dates are marked with honorary volumes such as this one. Upon realising this, I spoke with Dr Justin Stratis, the director of the postgraduate programme at Trinity, and Prof Steve Walton, a fellow New Testament scholar [and new Trinity associate faculty member] about the prospects of this volume. Justin and Steve were excited about the idea and encouraged me to reach out to a couple of coeditors. It wasn’t hard to find scholars who were interested in this project for John, and soon David Wenham and Craig Evans had joined me as coeditors. We began work in December 2015.

It was our goal all along to present the book to John during the New Testament study groups at Tyndale House in his 70th year. We chose this particular event because John influenced many of us through his leadership as chair of the group, and we wanted to surprise him with this volume while surrounded by those who love him. To our amazement, David, Craig, and I were able to make it through most of the project and present it to John without him knowing beforehand. John was not aware of the project until our presentation at Tyndale House in July 2017, where he was joined by his wife Lisa, his son David, and his daughter Elisabeth. David Wenham and I presented the volume to John (Craig was unable to attend), and the current chair of the New Testament studies group Ian Paul prayed for John in thanksgiving for his ministry and career up to this point. The book was finally published in March 2018.

Q: In what ways does the book honour John?

A: First, it is evident simply by looking at those who’ve contributed to this book that John has made a profound impact and continues to do so in the field of New Testament studies. You’ll be hard-pressed to find a volume full of so many high calibre academics who are also known for being part of the ministry in some way. Among contributors who were John’s former students (including Craig Smith, Yong Bom Lee, Thomas Hatina, and Douglas O’Donnell) many are ordained as well as published scholars. In addition to these former students, one will find scholars in this volume (such as NT Wright and David Wenham) who have also served as ministers in the church, and many of the other contributors have been or currently are teaching future vicars and pastors at training colleges and seminaries. This is an important point because it clearly reflects John‘s passion for scholarship not to be an end in itself, but to have a practical impact on the world for the sake of the gospel. 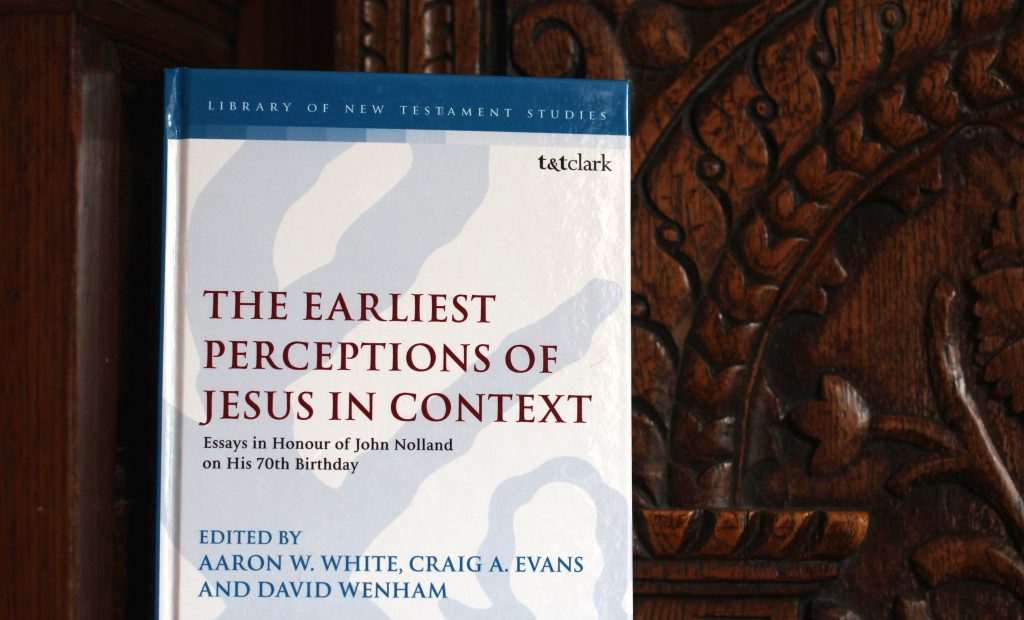 Second, I would say that the theme of the book is meant to reflect the emphasis of John’s scholarship. As David, Craig, and myself looked for a cohesive team of contributors, we realised that in John’s scholarship was an honest, thorough, and believing search for who Jesus was and is, and how that impacts our understanding of Christianity and its outworkings. Among his other published works, John‘s 3–volume commentary on Luke and his single volume on Matthew are two mainstays in New Testament scholarship and biblical commentary. What we hoped for in this honorary volume for John was a collection of essays inspired by John’s erudite and clear-thinking scholarship, all with a focus on how the earliest believers might have seen Jesus and his ministry. The result of this is a volume full of cutting-edge research that includes approaches to memory research, some on intertextual inquiry, literary criticism, and others on the historical backgrounds of the New Testament. In total, the volume offers compelling articles that give a clearer picture of who Jesus was and what his ministry was about during his time on earth. We did all of this with the hope of honouring John and reflecting and interacting with the primary concerns of his scholarship.

Q: Can you talk a bit more about the book’s contributors?

A: The calibre of scholars with which we were able to fill this volume shows the reach of John’s influence throughout biblical studies, and the admiration many people have for him and his work. The contributors teach and live around the world—in Belgium, Germany, Czech Republic, Indonesia, Australia, Canada, South Africa, the US, as well as the UK.

In the introduction to this volume, we put together a helpful guide as to what each of the eighteen contributors brings to the volume. For example, Rainer Riesner discusses the latest archaeological and historical evidence surrounding Nazareth. Eeva John looks at Luke’s portrayal of Jesus as a teacher. Armin Baum considers the much-debated question of the genre of the gospels. Darrell Bock explores one particular part of the central section of Luke, pointing out themes of authority and accountability. Robert Brawley looks at the characterisation of the Pharisees in Luke-Acts, finding Luke’s portrayal of their relationship with Jesus to be more positive and less confrontational than has often been recognised. Roland Deines offers a comprehensive and insightful discussion of the generally neglected subject of the Holy Spirit in Matthew. Each contributor (according to what I am familiar with concerning each of these scholars) has set their strengths to work in order to interact with John’s scholarship and honour his example. 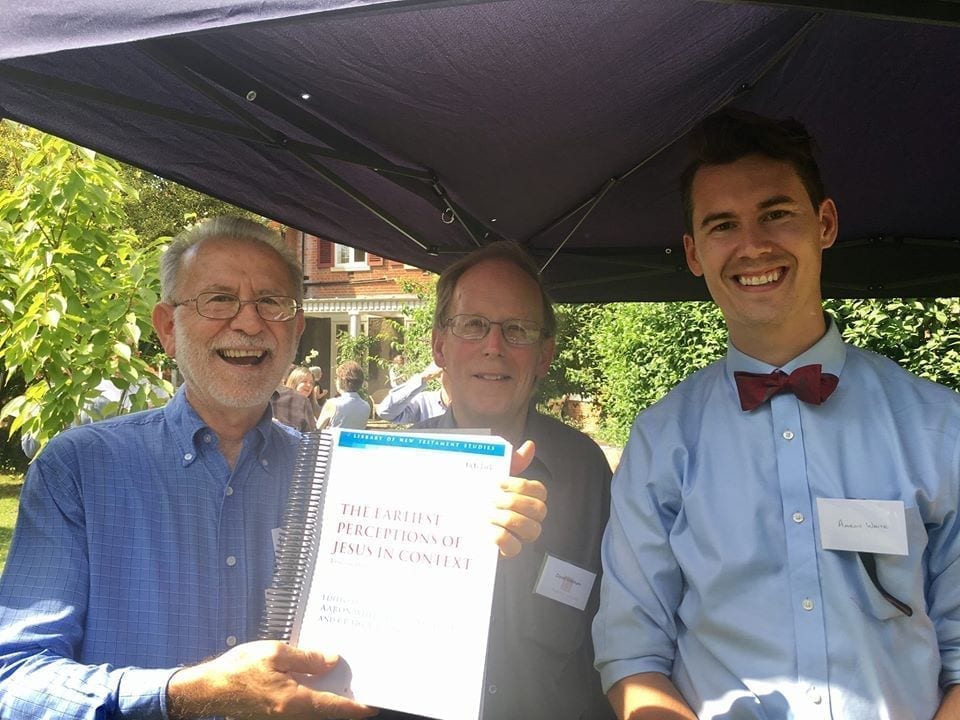 Rev Dr Aaron White is an associate pastor at Faith Presbyterian Church in Quincy, Illinois, USA. He completed his PhD at Trinity College Bristol in 2017 on the use of the Minor Prophets in the book of Acts in a dissertation titled ‘The Prophets Agree: Jesus, the Day of the LORD, and the People of God According to the Lukan Reading the Greek Book of the Twelve Prophets‘.

This article originally appeared in the spring 2018 Trinity News.