As students, former students, and colleagues share the ways in which John has affected their lives and Christian faith, many mention the impact of his lectures on Job and his commitment to creation care. Others recount the oft-told story of John suddenly abseiling out his second-floor study window in the middle of a seminar on Red Nose Day.

‘John Bimson was and is a wonderful scholar, author, lecturer, and above all pastoral group leader,’ writes the Revd Simon Newham, now a rector in West Sussex. ‘We had such fun—whether that was laser-questing, croquet-playing, mission-weekending or sharing our joys and struggles as Trinity gradually shaped us into proto-ministers of the gospel—a ministry John so wonderfully modelled in his own life and dealings with others.’ 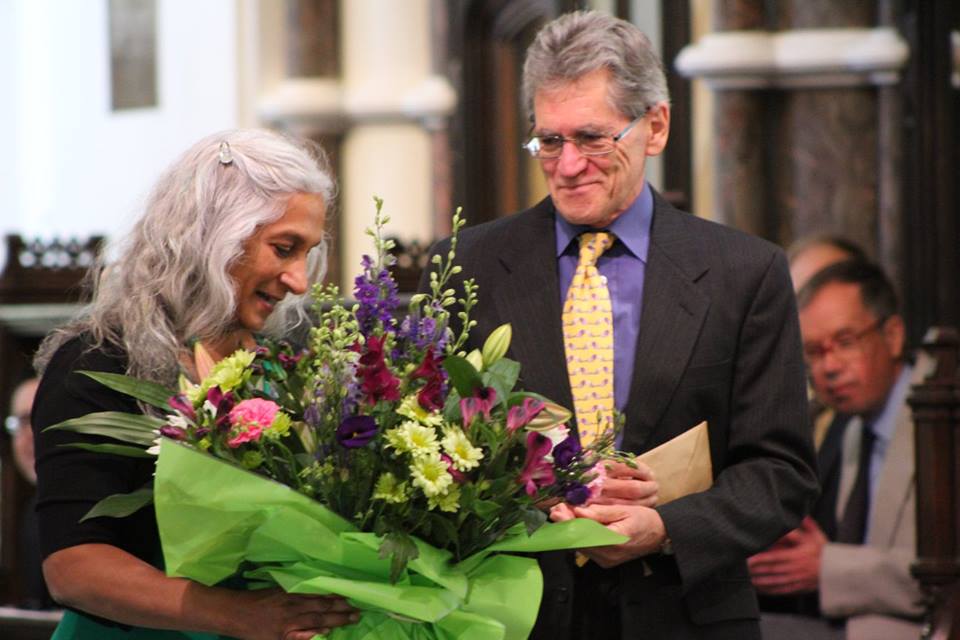 Trinity PhD candidate Peter Turnill adds, ‘I learnt much from John Bimson’s careful scholarship and deep thoughtfulness, which was just as evident when asking him a question after lunch as it was during one of his lectures. I was and continue to be inspired by his love of archaeology, his concern over Israel and the serious ecological issues facing us today.’

From his home in Wales, John has led ‘No Planet B’ sessions to teach a theology of creation care as well as practical ways in which participants could help address the problems facing the environment today. ‘John’s great love has been the environment and ornithology,’ says Tutor in Christian Worship Dr Paul Roberts. ‘He has inspired many generations of students to take seriously the need to sustain the earth as part of the Christian call to mission.’

It is impossible to measure the impact John has had on the Trinity community and in the lives of all the students once sitting in his classes who now minister the gospel around the country and the world.

‘Your encouragement, support and utter belief in me has never wavered,’ writes the Revd Wendy Bray, who is now a curate in Plymouth. ‘When I doubted that I’d make it to ordination because of serious illness, you would barely let me entertain the idea. You were a marvellous (often hilarious) personal tutor and have become a great friend.’

‘John Bimson is a world renowned scholar who has inspired generations of students to love the Old Testament,’ says Principal Rev Dr Emma Ineson. ‘His course on the book of Job and its honest addressing of questions of the nature of God, humanity, and suffering will have shaped the ministries of many for good. John has also been a much valued and loved pastoral tutor and colleague. We will miss his sharp sense of humour, his care, and his insight. We are enormously grateful for all he has given over thirty years at Trinity. His legacy will last a very long time.’