In September, ordinand and PhD student Alison Walker (above, far left) travelled to Russia for ten days as part of a group of Anglican ordinands, laity, and clergy invited and hosted by the Russian Orthodox Church. It was an opportunity to get to know the Russian theological tradition and its current life, whilst also building bridges between the Anglican and Russian Orthodox Churches. The group spent six days in Moscow and three days in St Petersburg. ‘Particularly striking about this trip was learning about the persecution of the church during the Soviet period,’ says Alison. ‘We visited many churches and cathedrals that had been damaged significantly. A church in St Petersburg we visited had been turned into a milk factory as an insult to the Christian faith. The church is now almost fully restored, however they are eager not to forget this period of persecution. We also met priests who had been ordained in secret during this time.’ Alison found it meaningful to visit and attend services at many Russian Orthodox churches, cathedrals, and monasteries during her trip, and valued gaining the experience of their music, icons, and liturgy.

The following month, four Trinity ordinands travelled to Switzerland for five days as part of a larger group of Anglican ordinands, to participate in the Ecumenical Institute at Bossey in Switzerland. This is the international centre of the World Council of Churches, and it brings people together from diverse backgrounds and churches for ecumenical learning.

‘A year ago, an invitation for a few students to go and visit Bossey was circulated around theological colleges by Roger Spiller,’ says ordinand Cath Leighton. ‘A jolly in Geneva, sounded great–an ecumenical jolly, even better! I was able to talk one-on-one with many different Orthodox Christians from around the world, including an Orthodox monk.’

Both Alison in Russia and the Bossey group in Switzerland found that what they most valued from their trips were the opportunities to connect and converse with Christians from other backgrounds, despite doctrinal or cultural differences.

‘Jesus tells us to be one, so that the world may believe,’ says Alison. ‘It often feels that this will never be possible, and that the church is becoming more divided. However, this trip, as well as stressing the importance of maintaining dialogue and relations with other denominations (something which I had not given much thought to prior to my ordination training), gave me hope for the future and challenges me to pray eagerly that the Holy Spirit would lead us into unity. Praise God that we do not face this call alone, but know that the resurrected Lord Jesus Christ is with us.’

Cath agrees: ‘I believe that working together for the good of God’s mission is the way forward. To do this means working hard on developing positive relationships within local communities that will then enable a more fruitful outcome for all those involved. Although complete unity amongst denominations is not possible due to doctrinal differences, this does not mean we cannot appreciate and love one another. To promote the gospel is to work together within God’s purposes for us all. Although we may choose to do things differently because of denomination or culture, this shouldn’t be a barrier to walking together with God’s mission as our primary purpose.’ 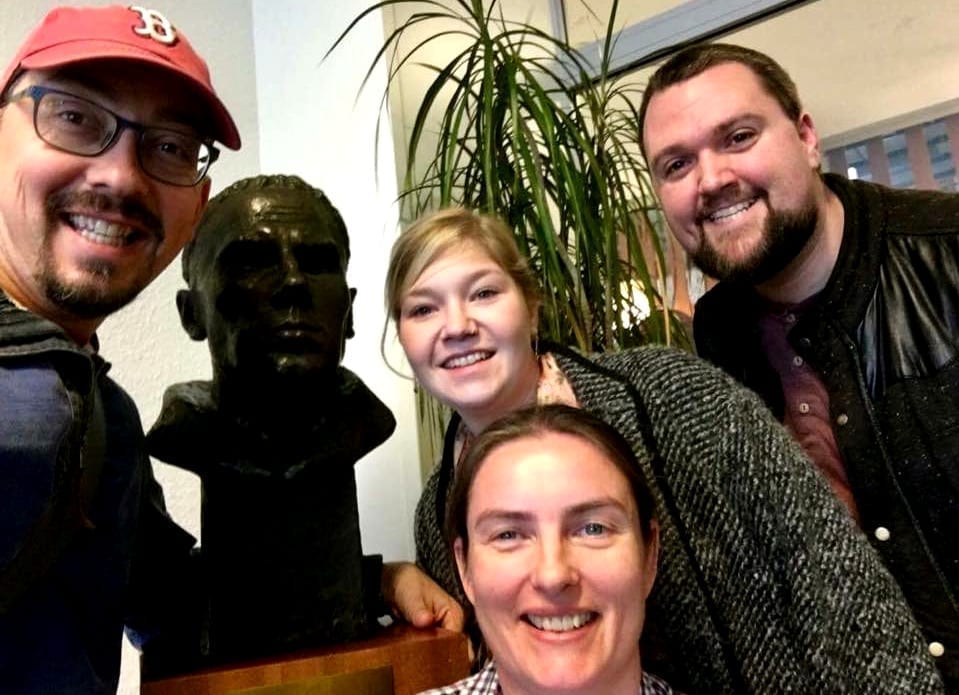 Ordinands (l-r) Rob Denton, Laura Whitmarsh, Cath Leighton, and Tom Cook during their trip to the Bossey Institute in Switzerland.