5841
Home > Blog > Hear from our students > What’s next? Thoughts from an independent student

What’s next? Thoughts from an independent student

While our Church of England ordinands have a general idea as to the path before them, it can feel quite different to leave college as an independent student. Recent leaver Shakeel Nurmahi describes what it’s been like to seek God in the midst of the unknowns of following him. 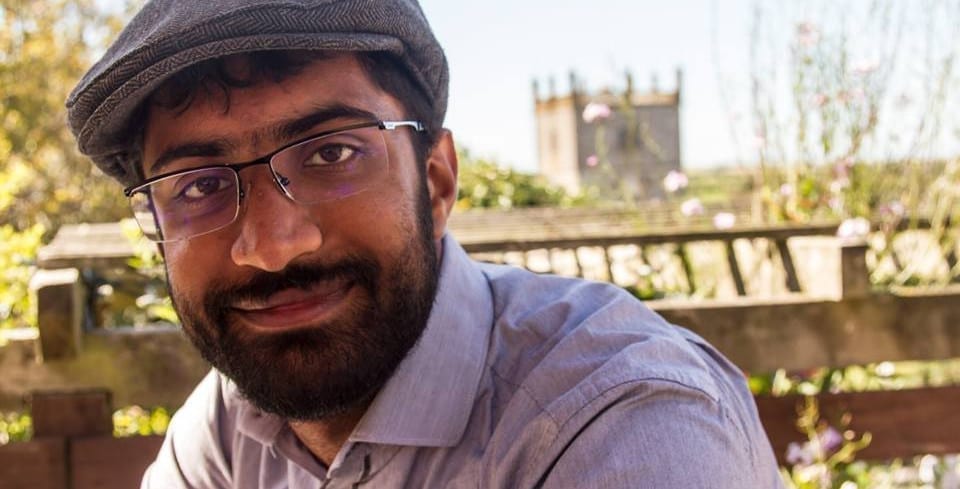 It’s been a strange few months since I finished at Trinity College last summer.

It’s a bit weird how you go on this journey of study and formation with your friends, yet when it comes to finally leaving the nest, all your friends are all off south (metaphorically) for ordination while you are spinning your head round through the mist of clouds found in every direction, trying to carve out your own flight trajectory. You learn how to catch the right wind streams for a particular direction, and you have ridden them as far as they can take you, but you have reached a bit of open air and your wings have to readjust to the change in the wind.

So often God takes us on particular journeys through life–they are fun, exciting and throw up loads of new opportunities. However, the thing with journeys is that they have a beginning and an end, and at the end of the journey comes the time to find a new journey to begin all over again. My friends who finished at Trinity had their new journey laid out, where as I had hit some open air and was now looking for a new direction and to find a new journey! I’m okay about the fact that my ordained friends have caught new winds in new directions while I’m still flapping about trying to catch a new gust. I’m incredibly happy to see them head off across the country to serve our Lord Jesus in so many different contexts. I too want to serve our Lord Jesus, but I find myself lost, without direction as to where to head next. At this point I chose to do the first thing I could think of doing: I prayed.

This is a risky prayer to pray. There is no telling where God would take me, what he would have me do, or if there would be enough provisions for me to live on. Yet I know that in all things God is with me, and that his ways are good, and I therefore believe that this risky prayer is actually the safest prayer that anyone could ever pray. Like Moses did not wish to go anywhere without the direction and presence of God, how could I choose to go anywhere without God’s direction and guidance? I dare not choose to go somewhere that God is not leading me to, and away from the good things he has for me. So when a friend was telling me about the Church of England Ministry Experience Scheme (CEMES) with Peterborough Diocese, and suggesting that I should look into it, I knew that I needed to explore this further. I realised over the course of my journey home in the car that God was opening a door before me; so I decided to walk through the door.

Up until this point my summer job search had yielded little results and I found myself losing confidence in my abilities as I kept coming up against rejections and unanswered emails; I was not getting anywhere, and I was worried that all the doors of opportunity were going to remain shut to me. Yet when I spoke to Peterborough Diocese, I found that the door after door just flung open. It took me less than a week to get things sorted, from phoning up the scheme organiser, filling out an application, interviewing with local churches, and then being offered a placement for September 2017. In fact I was a bit overwhelmed by how quickly everything happened, particularly when I had been going through such a stagnant season with my job search.

During the Saturday of the residential, the CEYC core team encouraged everyone to consider standing for one of the new core team positions that were up for election on Sunday. I was hesitant about putting myself forward; I questioned how I could stand for a role in a team I was only just beginning to learn about. Later that day, I had a couple of the core team members come up to me and ask me whether I had thought about running for Chair of CEYC, expressing how they felt I would be good in this position. This was something that I had not thought about at all. I first discussed my lack of experience with the team, and then all that was left for me to do was to pray and seek if this was something that God wanted me to do.

As I prayed, I felt God remind me of the prayer I made over the summer. It became apparent to me that this opportunity to become the new CEYC Chair was God opening a door for me. Not only was the door open, but there were also multiple people encouraging me to step forward for the role. I felt that God was making it clear that he was showing me a door, and therefore I knew I had to be obedient to God’s faithful provision of this opportunity. It came to a vote before the rest of the CEYC representatives at the residential, and I was elected to be the new Chair of the CEYC starting from January 2018.

It is all quite terrifying, but also exciting at the same time. God is leading me on a journey with an unknown destination via an unknown route. It will be rollercoaster of a ride with ups and downs but this does not faze me. I have begun to see in my life that there is no greater adventure in life than the one that God leads us on, and so what else can I do but be grateful that God is taking me along for the ride. 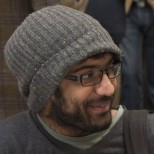 Shakeel Nurmahi came to Trinity College from Southampton in autumn 2014 to begin the Bachelor of Arts (Honours) in Theology, Ministry, and Mission programme as an independent student. He completed his programme in 2017 and is currently interning on the CEMES with Peterborough Diocese.