2297
Home > Blog > Kingdom leading > What might Bonhoeffer say to us today?

This year marks the 70th anniversary of Dietrich Bonhoeffer’s execution in the Flössenburg concentration camp. How can he continue to speak prophetically to our church and context today? Read a Q&A with Bonhoeffer scholar Rev Dr Philip Ziegler.

What do you think it is about Bonhoeffer’s life and theology that continues to resonate so strongly with Christians today?

Bonhoeffer’s life was extraordinary—lived in extraordinary times under extraordinary conditions, it continues to captivate the imagination of Christians and others alike. It is as if everything about his personal life and faith is amplified in virtue of the context within which it was lived out. Framed so sharply by all that we know about the epic totalitarian project of Nazi Germany, the titanic struggles of the Second World War and the unmaking and remaking of the West in those decades, Bonhoeffer’s enactment of a life of faith as personally intense and substantive as it was exposed and questioning is fascinating, to be sure. We rightly continue to be arrested and humbled by the courage, faith and self-sacrifice he displayed to the end.

Do we discern—desire?—a ‘fit’ between Bonhoeffer’s situation and our own unavoidable wrestling with the problems of living Christian faith in freedom amidst the distinctive tumultuous social, political and intellectual conditions of today? Are we drawn to the thought that in him we find an authentic enactment of Christian faith—and indeed of human existence as such—in the modern world we still struggle faithfully to inhabit? To consider his life, but also to meet him in his most important writings, is in some way always also to confront ourselves in a mirror that magnifies so much of present significance.

Theologically, there is much of abiding interest and provocation in Bonhoeffer’s work. He was an intense, creative and mobile theological thinker and the questions which preoccupied him rightly continue to preoccupy many of us as well: how are we to conceive of the identity and centrality of the church to Christian faith? What account of the identity and activity of Jesus Christ ought to be at the heart of our contemporary understanding of the faith? How to conceive the manifold complexities of our life in this world in relation to the decisive reality of Christ and his saving work? How best to take up the legacy of the Protestant Reformation in both theology and ethics in the present? How rightly to understand Christian faith and life on the other side of Christendom, in a world marked by religious pluralism and protest atheism to be sure, but also by vast indifference to everything that Christian faith represents? How to grasp and represent the difference Jesus Christ makes for the living of a concrete, secular life in the world in which we actually live? How to resist all the many ways in which we regularly make Christianity a pious escape from the radical demands of faithful human life in and for the world? We are simply not done with Bonhoeffer’s questions, and so his own provocative answers continue to move us.

Bonhoeffer is famous for taking a strong and early stand against the encroachment of National Socialism into the German Protestant churches – a position which many viewed as overly radical and uncompromising at the time. Which aspects of Bonhoeffer’s theology do you think can still speak prophetically to those of us living today in modern Britain?

In the context of the German Church Struggle, Bonhoeffer associated with the radical wing of the Confessing Church, the ‘Dahlemites’, who advocated for complete divestment from all the established parochial and educational structures of the church that were recognised (and supported) by the state at that time. He was uncompromisingly committed to the faith set out in the Barmen Declaration (1934), a faith intensely focussed upon the centrality of the crucified and living Jesus Christ for our understanding of the church, our world, and our disposition toward life as such. His witness reflects the fact that faith has its centre of gravity in the second article of the creed, i.e., namely in the effective, living reality of God for us in Jesus Christ. In this, I think, he particularly continues to speak to and to challenge us. Much contemporary common sense imagines that attention to the particular substance of the faith and effective ministry and service in and for the world tell against each other, pulling in opposite directions in a zero-sum game. We intuit a tension between our Christian particularity and our worldly responsibility, between theology and ethics, as it were. Bonhoeffer thought, and taught, otherwise. He was minded that Christian faith, ethics and politics in fact became more realistic, more concrete, and more humane the more intensely they concentrate upon discerning the reality and consequences of the present lordship of Christ. He also believed that our faith becomes more real and more true the greater and more total our engagement with the business of life in the world becomes. An ever greater ‘christological concentration’ was precisely the way into the world rather than a road out of it. Such, for him, was the wager of a genuinely evangelical—in the broad European sense of Protestant—faith and life. I should think this remains our necessary wager too.

Bonhoeffer’s book Life Together recounts the ‘rule of life’ established by him at the Preacher’s Seminary in Finkenwalde. Why do you think Bonhoeffer insisted on such an intensely communitarian approach to ministerial training?

Theological education in Germany at that time was entrusted to the university theological faculties and then ‘finished’ at so-called ‘Preachers’ Seminaries’ which in a very brief span of time trained pastors in the practical arts of liturgy, preaching, Christian education and pastoral care. Bonhoeffer himself had already grown distrustful of the value of this way of doing things by 1932-33, and his suspicions were seriously aggravated by the process of Gleichschaltung (i.e., ideological alignment and conforming) of the university faculties to the aims and policies of the Nazi state over subsequent years.

Imagining alternatives, he took some inspiration from both his experiences at Union Theological Seminary in New York and from visiting several seminaries and church training colleges here in the UK during his time pastoring in London in 1933-35. The experiment in theological education undertaken at Finkenwalde imagined that gifts for Christian ministry, witness and service were best discerned, cultivated and honed in the intense experience of ‘life together’. Here, academic theology was embedded in common life, including the shared practices of prayer, Scripture study, worship, confession and admonition, as well as both everyday leisure and labour. Human life is properly social, Bonhoeffer argued: to be a human is always to be ‘co-human’, i.e., to be person by virtue of the humanity of other persons. This is already true of our nature as creatures; it is also all the more true of our identity as members of the reconciled body of Christ: Bonhoeffer was adamant that our relationships with one another always have Christ as their mediator. If the church is a ‘Christ society’, a ‘Christ community’, then developing its ministerial servants should quite naturally involve education not only about that community and society, but more importantly in and through the experience of that same community and society. Fundamentally, Bonhoeffer understood that we need to hear the Word of the gospel from others, from outside of ourselves, such that our discernment of the promise and direction of Christ happens in community.

Finally, how do you suggest people should go about acquainting themselves with Bonhoeffer?

The best biographies remain the revised and expanded translation of Eberhard Bethge, Dietrich Bonhoeffer: A Biography (Fortress Press, 2000) as well as the shorter account provided by Ferdinand Schlingensiepen, Dietrich Bonhoeffer, 1906-45 (T&T Clark, 2010). The newest biography is that by Charles Marsh, Strange Glory: A Life of Dietrich Bonhoeffer (SPCK, 2014), a winsome, intimate literary portrait of Bonhoeffer and his relationships. Readers of this Trinity College blog may be especially interested to see a delightfully illustrated volume by Keith Clements, Bonhoeffer and Britain (Churches Together in Britain and Ireland, 2006), which chronicles Bonhoeffer’s various sojourns in the UK and his formative relationships with figures like Bishop Bell. Keith—who now lives in Portishead near Bristol—is also the author of a very nice introduction to Bonhoeffer’s thought, The SPCK Introduction to Bonhoeffer (SPCK, 2010).

While many earlier translations exist of the main works—Discipleship, Life Together, Ethics, Letters and Papers from Prison—the individual volumes of the recently completed edition of the Dietrich Bonhoeffer Works (17 volumes, Fortress Press) are now the gold standard texts. Drawing from this new edition, Clifford Green and Michael DeJonge have now assembled a Bonhoeffer Reader (Fortress Press, 2013) which collects under one affordable soft-cover a comprehensive set of representative texts. I would recommend this as a first port of call for anyone wanting to read Bonhoeffer seriously for the first time or after some time. 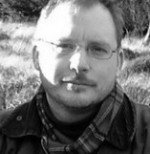 Senior Lecturer in Systematic Theology at the University of Aberdeen

Revd Dr Philip Ziegler is Senior Lecturer in Systematic Theology at the University of Aberdeen and an ordained minister in the United Church of Canada. He has written extensively on the theology of Dietrich Bonhoeffer.