What does it mean to forgive?

Our Tutor in Theology and Ethics, Rev Dr Jon Coutts, has recently written A Shared Mercy: Karl Barth on Forgiveness and the Church (Intervarsity Press) to explore what it means to forgive and reconcile in the context of the church.

Q: What are the qualities of ‘Christian’ forgiveness?

A: Ten years ago when I left my first pastoral ministry to go to seminary, I must say I was pretty rattled. I wasn’t sure exactly what leading a church was supposed to mean anymore. It wasn’t until a class on reconciliation taught by David Guretzki that I realised a lot of my worries revolved around questions I had not yet thought to ask. Questions about forgiveness, and the difference it makes to church. And the more I looked into the meaning of forgiveness the more I realised how complicated it could be. Does it mean forgetting the past? Does it require an apology from the other person? Does the other person even have to know I’ve forgiven them? As these questions crystallised, I realised that a confessing Christian might have very different answers to them than would someone else. To make a long story short, as I studied this under the guidance of John Webster it became clearer and clearer to me that to explain what it meant for a Christian to forgive someone, we were going to have to be able to identify it purely as a gift of God. This means it is not simply an attitude adjustment, and certainly not something I grant from out of my moral superiority (even if in a particular instance I might be in the right). In its truest sense, to forgive another is to share a gift God has given to both the forgiver and the forgiven alike, and to do so in the context of the larger story of God’s reconciliation of the whole cosmos to God’s self in Christ. Perhaps this sounds obvious, but I’m not sure how often we let it really play out in our approach to broken relationships, let alone in the way we approach church.

Q: What is the difference between responding to wrongs with a general principle of tolerance verses responding with what you call ‘Christian forbearance’?

A: A good example of the difference this view makes is when we apply it to the value of tolerance. As a social value, tolerance may for the most part be a vast improvement upon intolerance, but it still falls short of what is called for in Christian forgiveness, and that is the imperative of forbearance. I spend quite a bit of time on this in the book, but the way I explain it briefly in class is by pointing out the difference between ‘to each their own’ and ‘bearing it forward’. One sounds easy, the other sounds a lot like patience. One finds its grounds in self, the other in Christ alone. One aims at isolation, the other aims at a shared life. One sounds like giving up, the other holds out hope. Tolerance can become a kind of a buffer between people and the God who would otherwise brace them for transformation. In contrast, forbearance trusts God and freely forgives, even as it looks to him for truth, justice, and reconciliation. It is the manifestation of forgiveness that is called for when a confrontation is still on its way to resolution, when an offender is not available, or when the offender is not predisposed to enter the reconciliation process. As the incarnate Son of God works out his accomplished reconciliation in time, forbearance is the form forgiveness takes when hope is all one has.

Q: What have your studies taught you about the practice of Christian confession?

A: One of the most surprising side effects of studying forgiveness has for me been a richer understanding of confession. I always thought confession was what you did once you figured out what was wrong with you. But what makes us think we know what is wrong with us? What if confession begins and ends with confessing Jesus as Forgiver and Lord, and only then involves the naming of sin? When it comes to our interpersonal relationships this ends up being pretty important. So often we go into a confrontation or a moment of forgiveness with the assumption that we know full well who was right and who was wrong.

But what if confession is what both the offending and the offended party are doing when they seek Christ in their broken situation and come to agree with his appraisal of what has occurred? The offender comes to agree with Christ in the mode of apology, and the offended agrees with Christ in the mode of forgiving. Both are agreeing with what Jesus names as the problem. I suppose this kind of process sounds a bit riskier, a little less self-secure, but I actually find it rather freeing. Truth be told, I’ve come to see confession as one of the primary acts of Christian life and community—whether we think we’ve sinned recently or not. In the grace of Christ, there is freedom for a community wherein one can hope to be both helped and held to account. The church is meant to be a community in which such interpersonal confession and forgiveness of sin are most richly and hopefully embedded.

Q: How ought Christian forgiveness to impact both the person wronged and the person who has done something wrong?

A: Obviously we can all think of many situations where the actual speaking of forgiveness to another person seems (and maybe is) downright impossible. The nature of the offence may yet be unclear. The offender may be long gone, unaware, uninterested, or even dangerous. None of these situations is simple. Indeed many of our relationships will in this life always fall short of ideal. But that doesn’t mean we shouldn’t have the ‘ideal’ in view. Even if our only option is to forgive someone in our heart—no conversation allowed—we ought to at least have in mind what forgiveness hopes for—namely, reconciliation. One of the most important things I learned from my professor in seminary was not to leave forgiveness alone, but to see it in its vital connection to other aspects of Jesus’ ministry of reconciliation. So to answer the question, what forgiveness hopes for is Christ’s correction of the person who has done wrong, and restoration of the person who has been wronged. Even if correction comes in ‘baby steps’, and restoration is only slow or partial—well, as 1 Corinthians 13 says, love always hopes, and this is the goal with forgiveness too. The key in forgiveness is to give these hopes to Christ in prayer and community, so that one is not manipulating the corrections and restorations oneself.

Q: What ought Christian forgiveness to look like in the context of the church body?

A: The truth is I think there’s no one way that forgiveness is going to look at any given moment or in any given situation. For a long time it might look like forbearance (which might look to a passive observer just like tolerance). At another time it might look like speaking the truth in love. Still later it might look like patience in the face of a slow road to restoration. In any case, I think it always ends up looking like community. More often than not we need help to forgive, not to mention to discern what’s wrong and seek correction and restoration. Too often, however, we settle for less than the mutual life of truthful love that is held out for us in Word and Sacrament. We set churches up to be ‘nice’ places for conflict avoidance, and then when the dam bursts we react with gossip and slander until it is all smoothed over and the shallow peace has been restored for the powers that be. This is not pretty. It really isn’t much different than anywhere else. In fact you can probably find football teams and workplaces that are healthier places to be than that. But if we see how central forgiveness is to our life together, we might look less like a ‘nice’ bunch of people with a shared set of interests, and more like a community who is learning to love and live authentically across difference—and thus like a witness to the reign of God. 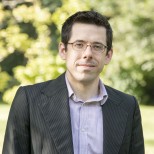 Revd Dr Jon Coutts is a former tutor in theology and ethics at Trinity College.