7990
Home > Blog > Hear from our faculty > What did the first Christians say about Jesus?

What did the first Christians say about Jesus?

Twenty years passed between Jesus’ lifetime and the writing of the first New Testament books. Do you ever wonder where the stories we read about Jesus in our Bibles today came from? That question is at the root of associate faculty member Rev Dr David Wenham’s new book From Good News to Gospels (Eerdmans, 2018). Learn more through this Q&A with David. 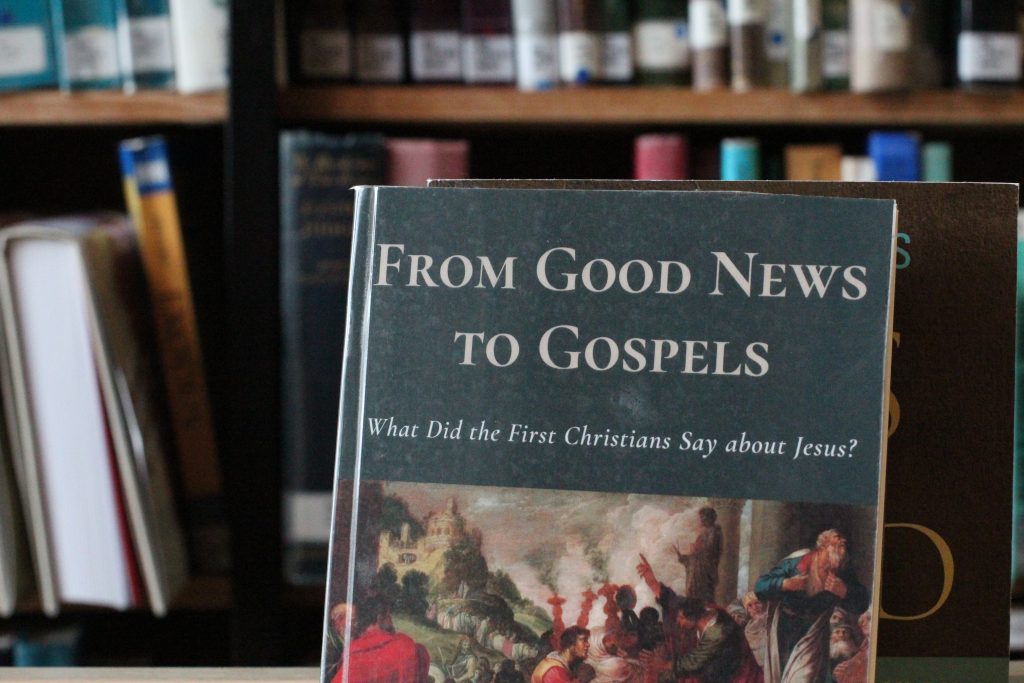 Q: Why did you want to write this book?

A: I suppose it started in my teens (in Bristol!) when I began to have doubts and questions about Christian beliefs, and I wanted answers—and not just to be told that ‘you need more faith’! That was the beginning of my interest in the historicity of the gospels, which turned into an absorbing academic interest—or even a passion—looking at the evidence and the arguments. I see that as crucially important for Christian living, faith and apologetics; I agree with Paul that if the traditions of Jesus that he then, and we today, have ‘received and passed on’ are not true, then our whole faith is vain and Christians are of all people the most miserable.

From Good News to Gospels is a short book looking at how the stories and sayings of Jesus were transmitted in the twenty or so years between Jesus’ lifetime and the writing of the first New Testament books. Most Christians have not thought or worried about the question, just trusting that the gospels are reliable. Surprisingly, scholars have also often been vague about the issue, with many conservatives accepting something like the early church view that the gospels are the ‘reminiscences of the apostles’, and assuming that those reminiscences were reliable.

Other sceptical scholars have questioned the link to the apostles and the traditional titles of the gospels—‘according to Matthew…Mark…Luke…and John’; they have identified a lot of things in the gospels that they conclude sound more like the church than the original Jesus. They have doubted whether the first Christians had any interest in preserving the traditions of the original Jesus. In any case it has been pointed out how very unreliable human memory is typically—even within twenty years. The result, they claim, is that the gospels contain a mishmash of some genuine traditions of Jesus—perhaps very few—plus a lot of the ideas and perspectives of the later church read back into the gospel accounts and even put on to the lips of Jesus.

“Often we invite people to come to faith because of the fulfilment they will feel and the good things that indeed follow finding Jesus. But the thing to say first to people is ‘Come and see’—come and see and meet Jesus. The gospels were written to help us to do that.”

A great deal has been written critiquing such scepticism. An excellent and quite popular book is Peter Williams’s Can We Trust the Gospels? (Crossway, 2018) My book comes at the question by looking at the first oral tradition and at the view that the first Christians were uninterested in preserving the traditions of Jesus. It asks a simple question: What did the first Christians say about Jesus?

We know that the Christian movement spread across the Mediterranean world like wildfire (and without the help of modern communications). What did the first Christians say about Jesus that had such persuasive impact? Some scholars seem to assume that they said very little about Jesus, beyond that he had been crucified (not a very attractive message!) and that he had risen from the dead and was one day going to return. But would that summary persuade me to commit myself to this new foreign Christian sect? People in those days were not all naïve and gullible, quite the opposite in many cases, and surely they would have asked: What more can you tell us about your Jesus? Why was he crucified? Why should we leave our present community to join the Jesus lot?

My simple argument, which seems to have been missed by many scholars, is that from the very beginning of the Christian movement they will of course have told a very full story of Jesus—of the good news of his wonderful life and teaching—rather than just short soundbites. And people will have learnt the story: it was a world where teaching was mostly oral, and where powers of memorization were sensational compared to those in our Western world.

My argument is that ‘the apostles’ teaching’ (to quote Acts) and their account of Jesus will have been learnt and passed on, and that it was this very well-based tradition that an evangelist like Mark will have put in writing, and which we have, well preserved today.

Q: Can you briefly describe what the book includes?

A: It starts by pointing out that Jesus was a ‘teacher’ who wanted his teaching to be heard and taken to heart, that he had ‘disciples’ (mathetai in Greek, learners), and that he sent them out to take his message to the surrounding countryside. It then looks at Acts and its reference to ‘the apostles’ teaching’; that teaching was a priority in the earliest church. Then I go on to Acts’ descriptions of their evangelistic messages; they focus on what happened to Jesus, with Peter’s speech to Cornelius looking like the gospel accounts in a nutshell. Then I show how Luke sees his own gospel as the gospel as preached in the churches’ evangelism, and argue the same for the other gospels. 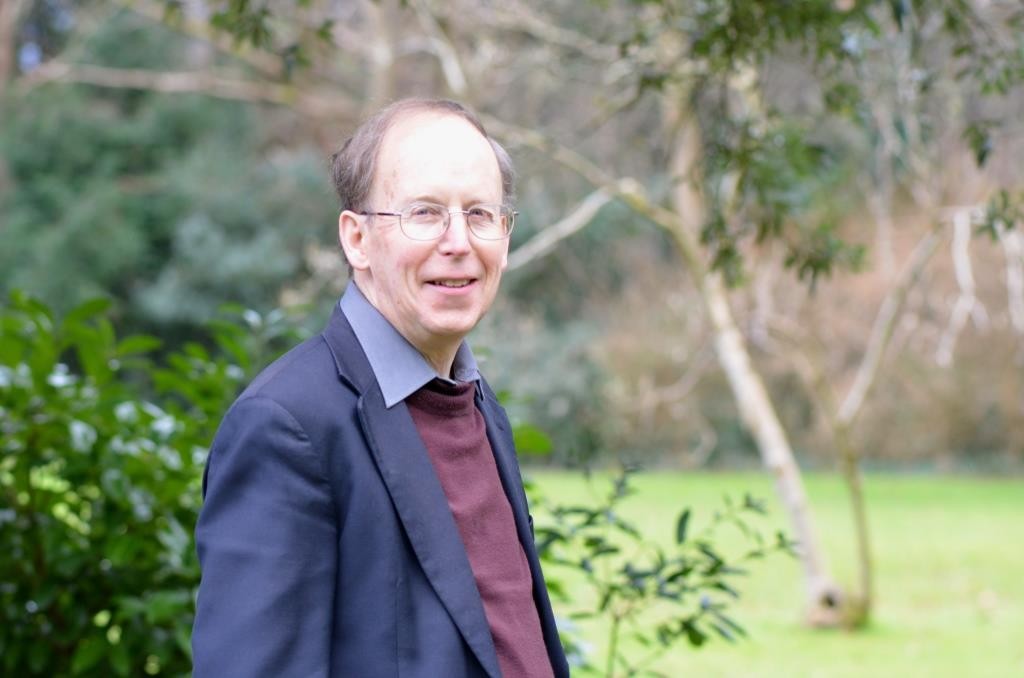 I then discuss Paul as a key witness to the existence of very early oral traditions of Jesus being ‘received’ by him, presumably at his conversion, which he then ‘passed on’ in his own evangelistic preaching. I show, as I have argued elsewhere, that Paul knew a lot of Jesus tradition, not just the traditions of the Lord’s Supper and the resurrection. He knew and alludes to many other gospel stories and sayings, including quite likely the parable of the wise and foolish maidens and the ‘love one another’ command as found in John’s gospel, and even possibly the version of the virgin birth story.

I go on to show that the oral hypothesis makes better sense of various synoptic passages than does the documentary hypotheses. Not that I reject all ideas of documentary dependence; I suspect that Matthew and Luke did know Mark. But I am sure that for all the evangelists, including Mark, their primary source of information about Jesus was the established oral tradition, not forgetting personal reminiscence in some cases. They are each versions of the tradition, selecting different things and shaping the traditions for their different audiences.

Oral tradition was the ‘default setting’, as James Dunn said in a notable lecture, and important work has been done on the oral tradition by the German scholars Rainer Riesner and Armin Baum, as well as by Richard Bauckham in his important Jesus and the Eyewitnesses. My book comes at the question from a slightly different angle.

Q: How might the existence of a strong oral tradition affect the way in which we read the New Testament today?

A: It should encourage our confidence in the gospels as a true record of Jesus’ story and teaching, and make us equally confident in using the non-Markan gospels as in using Mark. It is wonderful that we have four differing versions of the Jesus story, not just the one selection or one perspective. We should also remember that all the writers of the books of the New Testament—not just Paul—will have had two really authoritative sources they believed in, the Old Testament scriptures and the traditions of the Lord Jesus.

Q: How might this affect our preaching and teaching?

A: It will inform our evangelism and apologetics, meaning that we have good ‘reason for the hope that is in us’ as Peter puts it. We can confidently and not diffidently point people to Jesus. And the good news is the story of Jesus. Often we invite people to come to faith because of the fulfilment they will feel and the good things that indeed follow finding Jesus. But the thing to say first to people is ‘Come and see’—come and see and meet Jesus. The gospels were written to help us to do that—so John’s words in 20:31—that we too will come to say ‘My Lord and my God’. Sometimes Christians have preferred teaching and preaching from the epistles, especially Paul’s, and he is a brilliant interpreter of Jesus for Gentiles. But that preference should never be at the expense of Paul’s primary text and indeed the Christian primary text, i.e. the good news of Jesus of Nazareth and his brilliant teaching, as we find it in the gospels.

Rev Dr David Wenham taught in central India through Union Biblical Seminary, Tyndale House, and Wycliffe Hall before joining Trinity in 2007 to teach New Testament and also to serve for a time as the college’s vice principal. He and his wife Clare have two married sons and six grandchildren.