2739
Home > Blog > Kingdom leading > The Challenge of the Suburban Church

The Challenge of the Suburban Church

How can we go beyond the programmes, strategies, growth targets, and competitiveness, and have the courage to seek the Kingdom of God? An informal Q&A with pastor and author Ian Stackhouse.

Q: What are the primary challenges facing suburban churches today? How did you come to recognise those challenges?

A: If I was to tackle the question head-on I would say that the challenges cluster around a number of related things, first among them being how not to succumb to the consumer model of church but instead to build stable communities. This is not easy in a town like Guildford. Last count I think there were more than sixty churches, which encourages a high degree of movement of Christians between churches, not to mention the general mobility of people living in this part of the world. So it is not always clear how long you will have people with you; and then even when you do have people with you, it is not clear how often they will be around, such is the power of the modern weekend. Not that it should all be about Sunday worship, but if, as I think is the case these days, a third of your congregation is going to be away any one weekend, not to mention all the other times when people are on the move, how on earth can you really cultivate thriving communities? This has always been a problem in suburbia. People don’t need community in the suburbs in quite the same way as traditional working-class communities, for instance. Personal choice and freedom of mobility are far more important for suburbanites than community—and even the community we have is often based on a contractual relationship. In other words, it lasts only so long as it fulfils a mutually agreed purpose.

I think pastors are best placed to recognise this particular pathology because unlike most people, they are tied to the community and, apart from holidays, are pretty much around all the time. It is both a strength of pastoral ministry and also the price, because whilst it costs people very little to move around, it affects pastors a great deal. Just when you think you have got somewhere with someone, or just when you think that a real community is beginning to form, things change, and you feel as if you are starting all over again. It is not as extreme as this, of course. There are plenty of things to give thanks for, even in the most difficult congregation! But that is often how it can feel.

I think another challenge is how to offer worship that is not simply a mirror of the hurriedness around us, but something that is meaningful, reflective, and more than simply entertainment. There have been times when I have been acutely aware that our worship seems more about us getting something out of it, hence the desire to make something happen, rather than the celebration of the gospel that all Christian worship should be. There is a theological basis to this, of course. I think it was Bonhoeffer who accused Protestants of being practically Unitarian when it came to worship, seeing worship as our attempt to reach God, rather than the offering of thanksgiving and praise that naturally arises when we understand worship in trinitarian terms. But that explanation is for another time. The point I am trying to make is that there is something beyond the kind of performance-based worship that we seem to be stuck with at the moment: something whereby God becomes the ultimate performer and we become the recipients, through word and sacrament, of the gospel of grace.

And then I think a third challenge is how to allow diversity in what are ostensibly white middle-class communities. One of the things that is happening in a town like Guildford—yes, even Guildford—is that there is a far greater cultural mix going on these days. So how do we reflect this in our churches? If we are going to insist on building communities along what the church growth people call the homogeneous principle, which sadly is what so often happens (white churches, black churches, student churches, youth churches) then this is not an issue, obviously. We just carry on sharing our lives with people like us. If, however, we start to embrace the idea that a hallmark of the Holy Spirit at work in a church is heterogeneity, or cultural diversity, then maybe we will see the forming of multi-generational, multi-ethnic communities as a main priority—as something central rather than incidental to the gospel. It is hard to do, I admit. It is far easier to live with the status quo. But failure to attempt it is a failure of courage, as far as I am concerned.

I think I could summarise pretty much everything by saying that the challenge in the suburbs is to go beyond what I call Christianity Inc: programmes, strategies, growth targets, competitiveness, and have the courage to seek the Kingdom of God. And by that I don’t mean something anti-institutional. The church is an institution and that is fine. It is also a mess at any one time, and that is fine too (unless you have such an ideal of the church that you can’t live with mess); but nevertheless, how do we go beyond the obsessions of an institution, beyond transfer growth for instance, beyond a preoccupation with numbers, beyond consumerism, beyond ‘fast food’ spirituality, and encourage our churches to do ‘long obedience in the same direction’?

Q: How can a vicar, or other church leader, help to bring change?

A: I think a vicar can bring change by doing a number of things. First, by staying put. The American pastor/writer Calvin Miller wrote recently in Letters to a Young Pastor that there is no substitute for longevity. Yes, you can stay too long in a place, but long-term pastorates ought to be the norm, not the exception. And I truly believe that when a pastor/vicar makes that commitment then others see the possibility too. I appreciate that puts a lot of onus on the leader, but if I concede anything to church growth strategists (and there is not much I am prepared to concede), I do think they are right in saying that something happens when the leaders/s of a community take a kind of vow to stay put. When I make a vow of stability, and refuse to stop fantasising about other places, other churches, other people, then maybe the church itself stops fantasising too, and gets on with the long, slow process of learning to be a Christian community.

I think another way we can make a difference is by insisting on the personal nature of the gospel. We live in a culture of statistics, of numbers. And if we are not careful we can get like that in church. And so pastors are there to pay attention to the individuals of their community, in all the utter uniqueness of his or her story. I have been preaching a series recently on the theme of the Good Shepherd as it appears throughout scripture, and one thing that becomes very clear is that whilst we tend to obsess about the ninety-nine, God is fascinated with the one—and not a very impressive one at that. But maybe that is the point: instead of lamenting all the wonderful, successful people who don’t seem to want what we are offering, we should celebrate the ones who do, the ones entrusted to us, however unimpressive they are. There are a lot of people like this in the suburbs. It is just that people like me are not as interested in them.

There is also the way in which the vicar lives his/her life. In short, if we want our churches to develop a proper rhythm of prayer, rest, etc., then what better place to start than with ourselves. Of course, in one sense the vicar doesn’t count. Parishioners still see the vicar as a bit of an exception and not someone whose life is really that relevant to the 24/7 world in which everyone lives—at least that is how Baptists perceive things! But even so, I still think it is worth trying. Put it like this: a vicar who is simply trying to be as busy as everybody else is betraying his/her calling to set some kind of example to the flock of what it is to live a life in God. A busy pastor, pandering to the freneticism of the flock, has too many echoes for me of Aaron succumbing to the people to build a golden calf rather than having the courage, like Moses, to stay on the mountain until we have a word from God. Here’s a thought, in closing: maybe the main task of the spiritual leader of the community is to keep stripping back the programme, pruning things back to what we are called to do, not what we feel we ought to do, and making sure, above all, that we do the ‘one thing needful,’ which is to sit at Jesus’ feet. 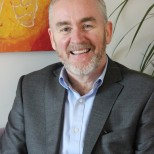 Ian Stackhouse has been in pastoral leadership for twenty-two years. He is currently the senior minister of Millmead, Guildford Baptist Church. He has authored a number of books, including Primitive Piety: A Journey from Suburban Mediocrity to Passionate Christianity; The Gospel-Driven Church; Text Message: The Centrality of Scripture in Preaching; and The Day is Yours: Slow Spirituality in a Fast Moving World. He regularly teaches on similar themes in churches and colleges around the country, as well as overseas. Ian has been married to Susanna for twenty-seven years. They have four sons, all of whom share Ian’s pathological love for Burnley FC. Other interests include reading poetry, trying occasionally to write some, singing (his mother was Welsh), and walking the Surrey hills with Susanna and their friends.