Poverty in the Early Church and Today

Trinity Tutor in New Testament Prof Steve Walton and Tearfund’s Hannah Swithinbank have co-edited an innovative book of essays that brings the expertise of those working to alleviate poverty together with the expertise of biblical scholars. This allows for a unique conversation about how Christians might think and act about poverty today. 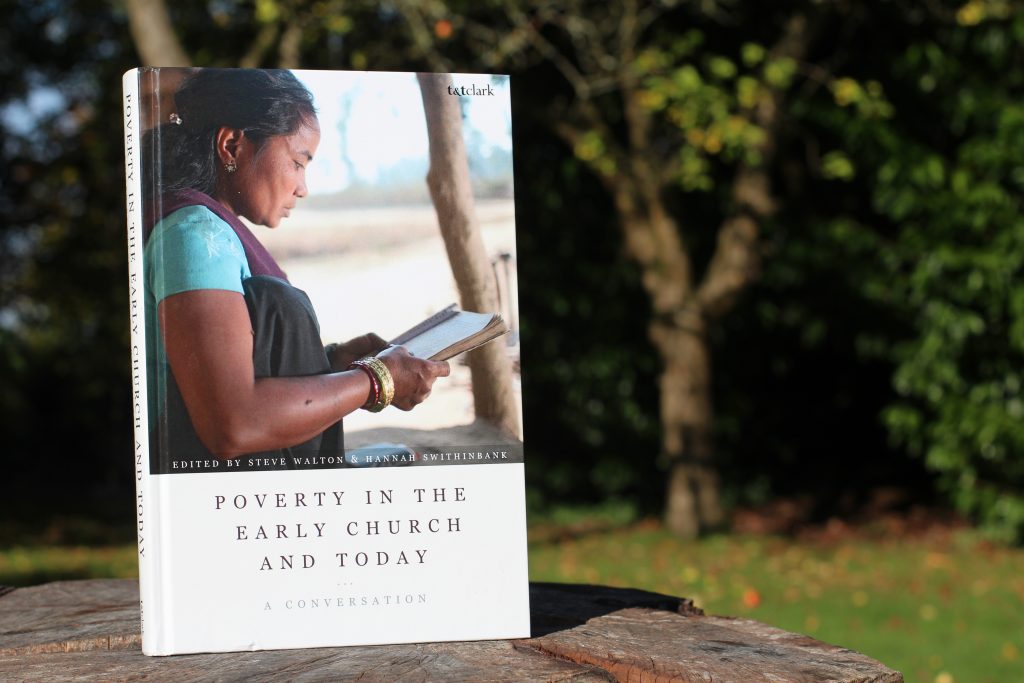 Q. Can you explain the book’s approach, and why this conversation is important?

A: The idea for the project came out of an after-church conversation about the lack of engagement between the early churches’ and modern Christians’ responses to people in poverty. Christians (rightly) want the modern world and the world of Scripture to speak together, and we recognised that engagement with real depth which respects both the ancient and modern settings is rare. This thought led to a conference sponsored by the Centre for the Social-Scientific Study of the Bible at St Mary’s University, Twickenham (London), and two Christian agencies working in poverty alleviation, Tearfund and Caritas (Diocese of Westminster). The conference was focused on a series of creative conversations between experts in the earliest church and experts on Christian engagement with poverty today. Thus our writers/speakers studied the causes of poverty, benefaction, patronage, fundraising, the dehumanization caused by poverty, the category of the ‘undeserving poor’, and the responsibilities of church and state for people in poverty. The whole volume also includes a discussion of theological understandings of poverty, a case study of a Christian university and its commitment to engaging with people in poverty, and two responses to the whole collection—one by a biblical scholar and one by a scholar of contemporary society. We think this models a way of doing Christian thinking and reflection today which can be transferred into many other areas, as well as informing Christian responses to poverty today. The speakers were paired, each pair focusing on the same theme from these two perspectives, and the book contains revised versions of their talks and responses to each other, to convey some of the back-and-forth of the conversations.

Q: As the various authors contributed their expertise and perspectives to this conversation, were there any emerging themes?

A: One is that there really is value in conversations like this, which go beyond superficial ‘applications’ of the Bible to today. It’s all too easy to jump too quickly from the ancient world, with very different issues and concerns, to our modern world rather than doing the ‘hard yards’ of careful thinking and listening to people in poverty, and those living and working among people in poverty.

That said, we also recognised a number of areas in common between the ancient settings and today, not least that poverty is a huge reality in both. Global inequalities today powerfully echo those in the ancient world, although today, generally, rich and poor do not live as close together as in the ancient world. Christian concern to support people in poverty requires careful listening to the needs of those people, and we were greatly helped by Tearfund’s insistence on providing the kind of support people on the ground in poverty situations think is needed, rather than a patronising ‘we know best’ approach which sometimes characterises western Christianity.

The political impact of Christians, when they put their minds to it, is a further theme. It is striking to put Christopher Hays’ essay, written out of his Colombian context, alongside that of Stephen Timms, MP. Both are passionately concerned for the churches to engage in the political process so as to press the ‘powers that be’ to do better at alleviating poverty nationally and internationally. Hays shows that the early Christians actually shamed Roman rulers into providing for those in poverty, and Timms highlights the Jubilee 2000 debt-forgiveness campaign which was initiated and led by the churches.

We want people to move on from a romantic view of engagement in alleviating poverty to getting their hands dirty with action for change, in both western countries and the developing world.

Q: What are some ways in which this conversation might challenge and redefine the church’s thinking about poverty and benefaction?

A: The book is not intended to produce simple ‘The early Christians did this, so we today should do this too’ solutions, but rather to place the ancient and modern practices, contexts, and issues side-by-side in order that they will mutually inform each other. So we hope our conversation will promote other conversations, and real listening by western Christians to our sisters and brothers in other parts of the world. In other words, it’s the relationships which are critical to progress. For instance, my former church at Histon, near Cambridge, was twinned with a church in Kigali, Rwanda, through our diocesan link, and visits from each church to the other enabled real learning to go on from both sides. Our fellow Christians from Kigali opened our eyes to the generous hospitality which they gave to a team from Histon, far beyond what would be expected from people much poorer than Cambridge folk. We also learned a lot about what they needed to be Christian witnesses among their community, not least following the genocide in Rwanda in relatively recent times. How about getting your church’s children corresponding with children in other parts of the world, so they can teach the adults about what’s going on?

Q: Overall, what do you hope the conversation might accomplish?

A: We hope the book will have a great impact by exposing people to the realities of engaging with people in poverty (and you’ll notice that I speak that way, rather than of ‘the poor’—it’s vital to remember that we are talking about people). The book’s discussion of the causes of poverty in the ancient world and today, for instance, is vital—the assumption that people are poor because of their mistakes and choices is widespread, and it’s wrong! You need to know what’s really going on in order to address the situation’s causes rather than only skidding across the surface of the issues. The conversation between biblical scholar Myrto Theocharous and families worker Ellie Hughes about the way poverty dehumanises both people in power and people in poverty is very striking, pointing beyond a superficial view that rich people are OK and should help poor people to a true, biblical perspective that we are all in need and all damaged by the effects of sin in our world. We want people to move on from a romantic view of engagement in alleviating poverty to getting their hands dirty with action for change, in both western countries and the developing world. Specifically, the biblical material is captive to no political ideology, and should open up debate and questions which transcend party-political divisions, calling rich Christians to a simpler lifestyle and a more generous heart which is ready to give time and expertise as well as money.

Q: Can you tell more about what will happen to the book’s proceeds?

A: The proceeds from the book are being split between Tearfund and Caritas (Diocese of Westminster), both Christian agencies engaging in poverty alleviation, and working alongside people in poverty in the UK and worldwide. We’re delighted that Bloomsbury T&T Clark, our publisher, have collaborated with the website Knowledge Unlatched to make a PDF of the book available freely to anyone. We were keen that this should be so for people in the developing world, and we’re very pleased indeed that it is available to people everywhere. The details are available on my blog: http://bit.ly/2pzlBFT.

Rev Prof Steve Walton is a part-time tutor in New Testament at Trinity and research supervisor for some of Trinity’s postgraduate research students. His major current research project is the Word Biblical Commentary on Acts. An ordained priest in the Church of England, Steve is Secretary of the British New Testament Society and has served on the steering committees of the Society of Biblical Literature Book of Acts and Biblical Lexicography sections. He blogs about New Testament studies at http://stevewalton.info.