A couple years ago I taught a 9-week Sunday School class on a fairly controversial topic. I was very thankful for the opportunity to broach the subject in our church but was a bit nervous about how it would go over.

At the first class it became clear that we had a good number of people willing to kindly debate rather than fearfully avoid controversy. I began praying every week that our discussion–even our debate and disagreement–would be an expression of our unity in Christ rather than a threat to it. 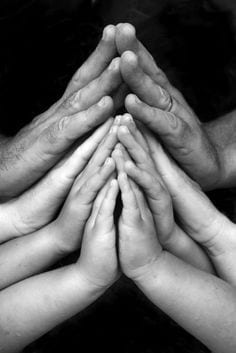 Once I started praying this prayer and thinking about this kind of unity, a few other things struck me, such as:

If we are united by conflict avoidance, we have false peace.

If we are united by mere tolerance, we are not united but gathered (which is a start, I suppose, but if that’s all you’ve got have you really got a church?).

If we are united by a perceived target group’s favourite way of doing things, we are not united but pandering.

If we are united by convenience, we are just people who happen to be in the same place at the same time.

If we are united by cynicism, be it bitter and crusty or cloaked in humour, we have a negative unity.

If we are united by default views that can’t be questioned or discussed, we are simply falling in line, and could even be lying to each other.

Mere tolerance does not a communion make. Consensus-management doesn’t either. GK Chesterton adeptly addressed these twin problems in a 1908 essay entitled “On Bluff,” addressing the editorialists of his time:

The idea of fighting, of answering the argument by a suitable counter-argument, even if it be a sophistry, has evidently vanished from the editorial mind. Evasion and violence are the only expedients. . . . But both of these things are equally remote from the fighting spirit, which involves an interest in the enemy’s movement in order to parry them. The good controversialist is a good listener….

Most current attempts at [debate] are full of timidity or of bullying; and these two are in truth the same … habit of admiring Power rather than Valour. That word Valour, by the way, is in itself a stirring sermon. It means putting one’s full value into the struggle or sentiment; the almost exact translation of valour is “being in it for all you are worth.”

If he could make this challenge to the newspapers, how much more to the church? Neither evasive manoeuvres nor manipulative words are becoming a people who are rallied around the One who taught us self-giving communion and speaking the truth in love.

Sometimes I hear people lament post-modernity as the denial of Absolute Truth. But that’s not the take-away point from post-modernity, if you ask me. The point is that none of us should claim Absolute Knowledge of the Truth. But this doesn’t mean we don’t believe the Truth is out there. We may in fact believe that Truth is a Person, Jesus Christ, who wants to be known in time, and sends His Spirit precisely for this purpose. With this belief we can see good reason to love and to speak with passion, kindness, humility and patience. Listening helps too. I can’t believe how important listening is and how rarely it seems to really happen.

Karl Barth pointed out that in the Apostle’s Creed the “communion of saints” comes under “belief in the Holy Spirit” (and is followed by the “forgiveness of sins”). In other words, unity is a matter of faith. Which means that Truth and Unity do not depend on us, but do not seem to want to go on without us either. Barth summed up the challenge before us quite well:

If a man can acquiesce in divisions, if he can even take pleasure in them, if he can be complacent in relation to the obvious faults and errors of others and therefore his own responsibility for them, then that man may be a good and loyal confessor in the sense of his own particular denomination, he may be a good Roman Catholic or Reformed or Orthodox or Baptist, but he must not imagine that he is a good Christian (Church Dogmatics IV.1, p. 676).

God help us to celebrate communion in Christ, and then to speak the truth in love.

Jon is a full-time member of the Trinity faculty, lecturing in Theology. Originally from Canada, he pastored a number of churches before moving to Bristol from Greater Vancouver with his wife and their four boys. He also has a fervent admiration for English football.