Jargon is not usually meant to marginalise or exclude—at best, it is meant to communicate, to build community, not to hinder it! So when we use special language—which God-talk is inevitably going to require—how do we use it best? 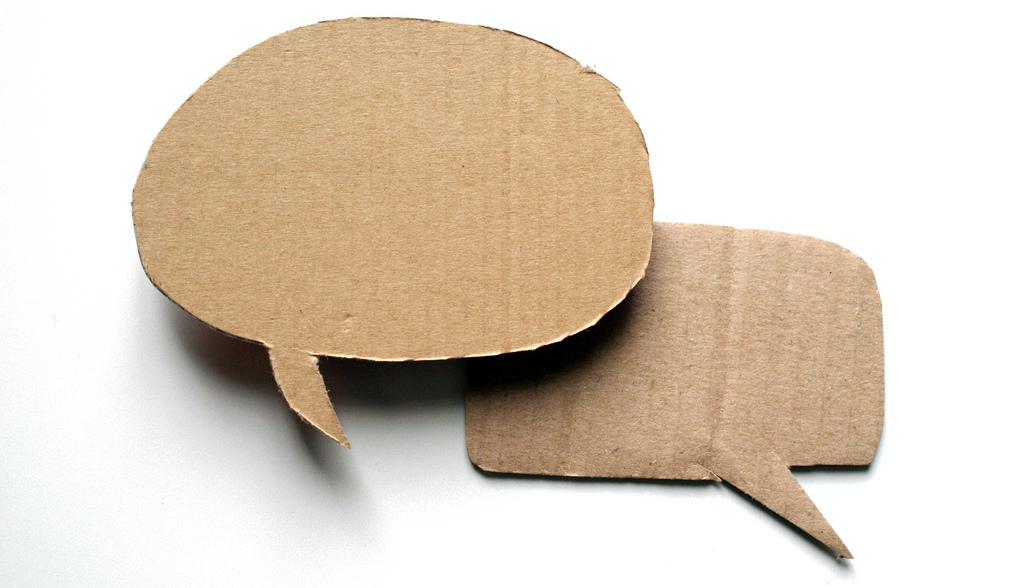 Down at the garage, the man with the wrench says I need a new Fetzer Valve. (I have no idea what this is.)

Over at the hospital, for the patient’s peace of mind, I ask the nurses to explain the technicality we just overheard. (Turns out it was another patient’s surname.)

Around the corner at church, I notice the puzzled face of a newcomer when the leader invites a ‘sacrifice of praise’. (I think I glimpsed a look of relief when all we did was sing.)

These are the moments I remember when I am upstairs in my office at the college where I teach and a first-year student talks about feeling lost in theological jargon. My heart sinks a little bit.

We don’t like jargon because it is the specialist language of the insider. The word comes from the Old French for ‘chatter’, indicating what it sounds like to those who feel out of the loop. Like an inside joke, jargon serves to secure the boundaries of the relationship. Those who get it are in; those who do not are out.

Those on the inside will tend not to even think of it as jargon; it is simply the language of the group. If they are not careful, however, their communication can be painfully marginalizing.

At worst, jargon can be purposefully exclusive and manipulative. Perhaps we do not mean it. Accidental or not, however, such miscommunication feels horrible for those not in the know. Surely that is not the goal of our God-talk: to manipulate, make anxious, or marginalize. It is not the goal of my theology class.

The interesting thing about jargon is that it is most invisible to those who use it, and most visible to those being excluded. That’s how it is with group dynamics in general. Right when we think we are connecting we may well be doing the opposite.

But the truth of the matter is that jargon is not usually meant as such. At best, it is meant to communicate—to build community, not to hinder it! So when we use special language—which God-talk is inevitably going to require—how do we use it best? This is something both teachers and learners need to think about.

Allow me to suggest some ways that we might look at theological language as a means to connect rather than marginalize; to encourage rather than concern; to build rather than manipulate.

To connect rather than marginalize

At church that day, the worship leader meant not to exclude but to invite us in. Ironically, when the newcomer was (inadvertently) made to feel conspicuous and un-included, the intent had been to help us focus together on God rather than ourselves.

What is a person to do? Is the answer simply not to use the expression anymore?

Such a move might be rash, since the phrase is straight from the New Testament. Indeed, it is because Jesus is excluded in order to include us that Hebrews 13:15 says: ‘through him, let us continually offer a sacrifice of praise to God’ (13:15).

Perhaps what we can do is give an extra line of explanation, mentioning that Jesus gathers us one and all, so we give up our elitism and our embarrassment and give praise to God together.

In our effort to speak only in novel terms, we may widen the circle in front of us only to close it off tighter behind. Many times this will be fine, but as a habit it could mean trouble—particularly when the faith connects us not only across miles but also years.

I’m sure when Jesus suggested new wineskins for new wine he was assuming the people would still drink deeply from the old.

When we use the words ‘sacrifice of praise’ and explain them, we connect the crowd in front of us with the cloud of witnesses going all the way back to the early church. We give texture to what we say. We feed opportunities to dig deeper.

It’s a similar thing in theology class when I mention (and explain) ‘theodicy’ or ‘felix culpa’. We don’t use these words simply to sound smart, but to connect a contemporary concern with an ancient conversation. Those vexed by the ‘problem of evil’ (how could a good God allow it?) might be more comforted to learn the old question has a name (theodicy) than to hear whatever feeble answer we might have come up with in the moment. Those who answer the question by saying God planned to use evil for good will do well to know that their answer has long been debated for making it sound like a felix culpa or ‘blessed fall’.

So if the newcomer to church or theology class looks perplexed, take the reminder to watch out for jargon; to smarten up but maybe not dumb it down. Check your communication. Make space for questions and creative clarifications, so we can make a connection for high definition.

To encourage rather than concern

One of the best preaching books I ever read was subtitled: ‘Helping People Listen.’ Those three short words remind me to communicate and not just talk. Especially when we’re in positions of responsibility, we want to be aware when we’ve unwittingly caused anxiety where the situation called for care.

When I was in the hospital with my friend, we didn’t need to know what the nurses said, but in that moment we were extra sensitive about being left in the dark. They had no intention of worrying us, but for a few moments that’s what their conversation did.

In my experience doctors and nurses are usually very empathetic—but they can’t be expected not to use their jargon at all. Which reminds us that communication is a two-way street. On another day I might have been too shy to ask, but that time in the hospital I cleared up what the nurses had said. This is usually worth it. There are rarely any dumb questions.

Sometimes we accuse the speaker of elitism when it is our own pride that is keeping us from asking. Humility will communicate and not just talk. Even before we understand each other we’ll be encouraging true community.

Build up rather than manipulate

Because I trust my mechanic I bought that expensive Fetzer Valve (which it turns out is not a thing; it is just what I thought I heard). But I was distinctly aware that these words meant to inform had unintentionally served to confuse and compel me to buy.

This is something we need to be extra careful about, especially if we have pulpits or positions of power. There can be a fine line separating a moving sermon and a manipulated audience. Have we veiled what might have been made known? Have we magnified the mystery of God, or used it to cover up careless speech?

Rather than call the car part a ‘thingy’ my mechanic respected me enough to tell me what it was. I can appreciate that. Maybe next time I’ll get over my intimidation and ask him to spell it out.

‘Knowledge puffs up, but love builds up,’ says 1 Corinthians 8:1. This is a line often quoted and rightly so. It reminds us to be careful about the use of jargon. The answer, however, is not to hoard knowledge, but in faith to seek understanding together.

As it is so beautifully put in Ephesians 4:14-15: ‘Then we will no longer be infants, tossed back and forth by the waves, and blown here and there by every wind of teaching and by the cunning and craftiness of people in their deceitful scheming. Instead, speaking the truth in love, we will grow to become in every respect the mature body of him who is the head, that is, Christ.’