Chapel testimony: Living in the ‘bigness’ of God

Over the last several months, I’ve really become hyper-aware of the bigness of God, and that is what has prompted me to remind others of this hardly novel concept. 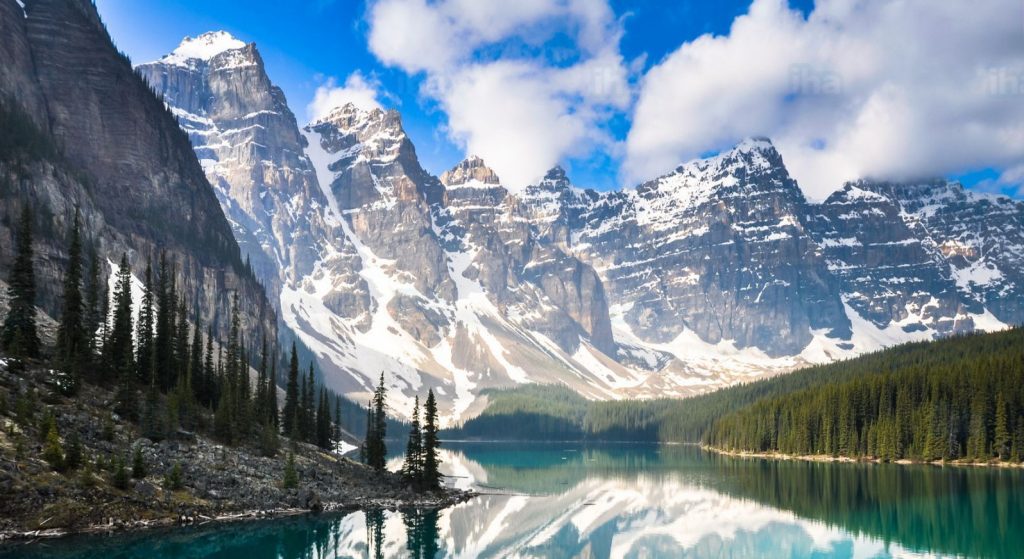 If I ever speak or write things for anyone other than my immediate circle, it’s either because I’m oddly convicted of something that I think God wants me to say, or… well, there isn’t any other option, really. God has been whispering this reminder of his magnitude to such an extent that I’m fairly sure it’s not just for my ears.

However, in order to effectively speak of this bigness (pardon the grammar), I think you need some background to where I grew up. If you’ve heard me speak, you can clearly tell that I’m not from these parts — I was born in a city called Calgary in Canada, about an hour’s drive from the Rocky Mountains. And when you grow up with these imposing giants so close to you, not only do they become a part of your identity, but the mountains, at least for me, became a place to run to meet with God. Massive monuments created from his very fingers — silence, mystery, strength. People for ages have been subjected to the raw wildness of these beauties, but while some may find them frightening, they speak deeply to my soul of the unknown… the bigness of our God. I think, in part, that’s why I’m so drawn to them. Something so untouched by man, pulled out of the earth by our Father… they’ve always sang of his magnitude to me. With these mountains close to my home, I’ve always been able to acknowledge the bigness of God simply as something that is, and not question it. I would always look to the mountains and have my assurances rekindled.

It’s this bigness that has pulled me across the water to Bristol and away from those sacred spaces. As some of you know, I’ve always wanted to do some semblance of theological education and honestly, there were years of asking God if this was the right time, but it never really felt okay until about a year and a half ago. I never doubted that he could do it, but I think I was just unsure if I could. Long story short, there was a lot of prayer, a lot of reflecting, chewing, processing, and just seeking. With every ounce of who I am, I want you to understand the miracle that is me being here with you today. But I knew that the God who had created the landmarks that mean so much to me was far bigger than any hurdle (or doctrine essay) that I would face.

God provided me with a job to finance this adventure: he pulled strings together that are not explainable short of miraculous. The visa applications, the road trips to organize my legality in the United Kingdom, the housing situations, the bank accounts, the phone unlocking, the community… Yet until these pieces fell into place, I never knew what God was up to. The stress in waiting for him to unveil these mysteries was remarkably high, but I had confidence for some reason. I had said to him before I started this whole thing that I was going to step in faith to try and move for his glory — and if that was something according to his will, I would see his hand in it. He answered this with resounding support as his fingers have been remarkably evident through each step of the journey. And yet it’s hard for me at times to comprehend what I’m doing here; but we serve a mighty God! If you would have told me two years ago that I would be living in England and attending lessons at a theological college that pumped out vicars, I would have raised my eyebrows at you. Yet here I am, learning from brilliant minds, working alongside truly genuine people whom I am pumped to recognize as the future leaders of and toilers for the church.

Not only is this place an actual blessing to me, but I want to stress its place to you. You have been called here by the God whose fingers have laid the foundations of the Earth, who caused the stars to sing, who entered into the springs of the sea, who created–not only knows, but created–the way to the dwelling of light. This is evident in Job 38-41, some of my favourite chapters of the Bible. He has called you to this place, for this moment, to draw nearer to him. To see his bigness, to call it what it is, and to move in that knowledge is to do miraculous things in his name.

These last few months have been remarkable. That which I have overcome to be here, that which I have seen done for me by God in order to speak to people outside of my immediate circles, that which I have experienced thus far! I have absorbed knowledge to the point of brain spasm, I have laughed at the pranks, I have cried at the challenge of leaving everything that I know across the water. It’s not been a flawless transition but I have seen how to rejoice in the gift of each new day along with a community that is being obedient to the call of our Lord. Each morning when I wake up, I take a moment to steep in the absolutely mental reality that I live in the UK, study my faith in community, and don’t have to worry for persecution. I want to be super cliché and dorky in order to encourage you to do the same. Soak in the bigness of the God that has brought you to this place, at this time, with these people, and acknowledge that what we are collectively doing here is bringing glory and honour to a God who deserves no less.

So from one small woman who has the mountains running through her veins, I’ll conclude with a verse from Psalms 90:2. I have this printed beside my window to remind me to whom I belong:

Before the mountains were brought forth,

or ever you had formed the Earth and the world, 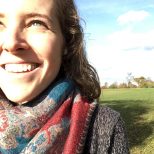 Megan is an one-year independent student from Calgary, Alberta, pursuing a Certificate in Theology, Ministry, and Mission at Trinity.