7958
Home > Blog > Hear from our students > Leaver stories: From catering to ordination

Leaver stories: From catering to ordination

From feeding those on the margins to ordination… read more about Trinity leaver Katy Gough. 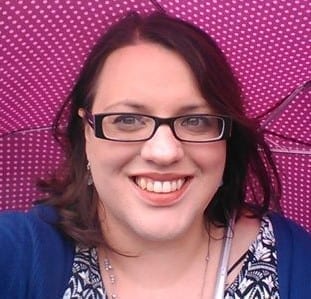 For nine years, Katy Gough was a caterer and manager of a baker’s shop, though the idea that she might one day pursue ordination had taken root in her mind. In 2014, she stopped catering in the traditional sense and began organising food supplies and meals for the Wild Goose Drop-in Centre, a part of Crisis Centre Ministries in Bristol, which offers food and other practical services to those without homes, rough sleepers, people caught in addiction, and others who have found themselves in places of need. ‘Working with vulnerable people, you see your own vulnerability,’ she says. ‘You don’t know each day what is going to happen; you’re removed from the safety of routine. You have to learn how to deal with situations you weren’t expecting.’

Katy began taking classes part-time at Trinity, including a preaching class, which grew her confidence to begin leading and preaching more in the church she was attending, and which also spurred her to begin the ordination process after a decade of consideration. After beginning her ordination training, Katy was further empowered in her context placement church, where she was supervised by a female vicar—Katy’s first experience of working with a woman in church leadership.

Though, she adds, ‘what’s been most meaningful at Trinity has been doing the journey in community. It’s quite intense—you get to know yourself well. It’s as though other people are holding a mirror up so you can see yourself. I’ve experienced a growing acceptance of who I am, and who other people are. I’ve experienced genuine Christian love in all kinds of ways in this community.’

Following her ordination in Bath and Wells Diocese, Katy now begins as a curate at St Andrews Church, Taunton, where, she says, ‘I am open to whatever is next, though I will always feel drawn towards people on the edge.’