3817
Home > Blog > Hear from our faculty > Is Your Church Developing Leaders?

Is Your Church Developing Leaders?

One of the key teachers for Trinity’s new School of Leadership, Ian Parkinson explains why developing leaders within your congregation is more important than trying to complete an increasing list of ministry tasks.

Imagine your house is on fire and the blaze is threatening to get out of control. You are standing in front of the inferno with a bucket of water in your hands. On the ground next to you are twelve sleeping firemen. Here’s the question: where do you throw the water?

For most of us the instinct to throw the water on the fire is overwhelming. We know, of course, that by doing so we can only make a tiny impact, but the sheer scale and urgency of the task drives us to want to do something, anything, to try and affect the situation. And if others follow our example, we tell ourselves, then we might just see the blaze damped down in due course.

As leaders, this scenario rings all too many bells for us. Constantly faced with ministry and missional demands which massively outweigh the limited resources we have at our disposal, our reaction is often to push ourselves harder and harder and stretch ourselves ever more thinly in the hope of making at least something of a difference. The idea of standing back from the blaze for a moment is unthinkable, often because to do so seems like an abdication of responsibility and, truth be told, induces guilt (whether self-imposed or generated by others).

Yet, as our opening fable suggests, the only real way to be fruitful in mission and ministry might just be through the equipping and releasing of others. And this will require us to take the counterintuitive step of standing back for a moment and deploying the best of our resources away from the blaze itself.

Taking a leaf out of Jesus’ book

Shortly before my own ordination, I vividly remember hearing the words of a Latin American Roman Catholic priest. He ventured the opinion that every leader, when embarking on a new ministry, should do so with the aim of doing themselves out of a job within three years. There was, he suggested, good biblical precedent for such an aspiration—surely this was exactly the strategy Jesus adopted throughout the course of his own ministry!

The example of Jesus is, indeed, striking. Faced with a situation of immense spiritual need and confronted frequently with almost limitless ministry demands, not only does Jesus increasingly give time over to the formation and development of a group of just twelve apprentices, but in prioritising this he, at times at least, turns his back on other urgent demands. The ultimate fruit of Jesus’ strategy is, of course, that by the time he leaves earth and returns to his Father’s presence, although the missional needs are hardly smaller, the effective workforce of Kingdom ambassadors has increased substantially. This small formation group, the fruit of Jesus’ ministry, is able, in the power of the Spirit, to steward the fragile ministry modelled and entrusted to it by Jesus and to see it develop and grow such that its ultimate impact is unimaginable in terms of its scale. None of this could have happened had Jesus focused only on doing ministry tasks as opposed to developing people for the work of ministry.

Jesus is a great role model in so many ways for those who are committed to the business of growing and developing others, and the strategy he adopts offers a blueprint for those who want to follow his example. Here are a few steps we might take.

The early days of Jesus’ ministry are spent in drawing a crowd of followers from whom he ultimately chooses twelve to be trained as key apprentices. All too often we tend to have a limited understanding (often based on pre-existing skills, levels of education, or other attainment) as to who might be suitable candidates to whom we might entrust ministry responsibilities. Jesus actually chooses his key leaders from amongst the ranks of those whom others might have excluded on social, religious, or academic grounds. This should alert us to the fact that other qualities might count for more in his book in terms of leadership potential. The calling of Peter (Luke 5) might indicate that an openness to follow Jesus’ lead and a willingness to trust and obey and to put oneself out for Jesus, no matter what the personal cost, might be amongst the most important qualities he is looking for.

How do we spot such people, who might well not be those who push themselves forward? I have always found it useful both to raise expectations with everyone from the moment they join the church that all those who follow Christ are called to share in his ministry, and then to give as many opportunities as possible for people to have a go at some area of ministry. Creating a culture in which people can ‘try out’ in some short-term way is a great way of talent spotting without committing ourselves to taking people on in any long-term way. As well as a willingness to trust Christ, I am looking for those with a servant heart, who love people, who are not looking for status, and who have the capacity to be fruitful. At this stage, I am not primarily looking for people who are exceptionally gifted, but rather those who demonstrate good character. It is always easier to train a characterful person in gifts and skills than it is necessarily to shape positively the character of a gifted person!

One of the questions I will often ask any ministry leader is: whom are you raising up as a potential successor? This is good practice, not only because we want to avoid the possibility of any ministry foundering if the leader has to step down unexpectedly, but also because we are called to grow and develop others for their sake, for the growth of ministry in our own church and for the sake of other churches which might benefit from their ministry in due course. All of us, whether senior leaders, assistant ministers, or ministry leaders, will have received something from God which is worth passing on to others.

For many years I have committed myself to the practice of not leading any ministry without having alongside me someone else whom I am training up. This has enabled me to initiate a number of different ministries which I led for a season, gradually passed on to someone else, and which are now thriving (much more than they would have done had I still been in charge!) and growing. These have ranged from some community evangelism initiatives, Healing on the Streets, to leadership of the whole church (I spent the last three years coaching and developing someone to succeed me as vicar).

3. Pay attention to their growth and development

Peter’s training begins from the moment Jesus calls him, as he gives him a vision for whom and what he might become in the hands of God. Part of our calling is to help others cultivate big ambitions for the work of God’s Kingdom and for the part they might play in its advance. Fired by this vision, Peter is taken along with Jesus to watch him at work. He’s then given an opportunity to share with him in ministry, before being sent out by Jesus on a short-term project. Afterward, he’s invited to reflect on that and to get some feedback from Jesus. As we invite people to shadow us, we will gradually release more and more responsibility to them (with appropriate oversight and feedback) to the point where we shadow them. I often find myself praying that God would use me to grow others who will far outstrip me in the ministry into which I am releasing them: this seems to be a prayer which is very frequently answered!

One of the things which becomes more and more apparent as the years roll by is that there is no guarantee that the great initiatives we launch and the ministry tasks we undertake will continue to be useful or have an impact beyond our leadership of them. What does have the potential to have ongoing impact and significance is our investment in people. The best and most abiding legacy we can leave as leaders is not the memory of things we have achieved and tasks performed, worthy though they might be, but rather the number of other people we have released into ministry and leadership. Not only is that worthwhile in terms of any church or ministry we might lead, but it also represents a massive investment in the wider growth of God’s Kingdom and the resourcing and flourishing of other churches and ministries. So, a good question to ask ourselves regularly and repeatedly as we review the way in which we are allocating the limited resources at our disposal is: What proportion of my time and energy am I giving to doing ministry tasks, and what proportion am I devoting to developing others in ministry? If we are really serious about fighting the fire, then we might just need to wake up some more firefighters!

Trinity’s School of Leadership has been developed in partnership with the mission agency CPAS. To learn more about this exciting initiative to develop our students, click here. 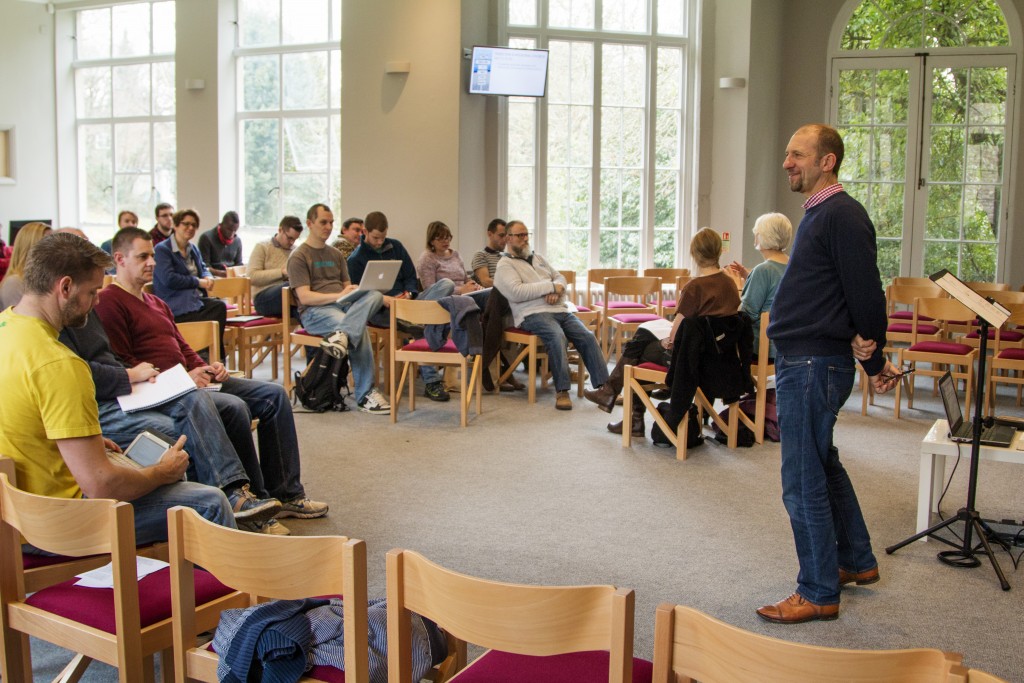 Ian Parkinson works for CPAS as a Leadership Specialist in Theological Education and plays a key role in the delivery of Trinity College’s School of Leadership. Prior to joining CPAS he served for more than thirty years as a church leader and was for a number of years New Wine Regional Director for the North of England. 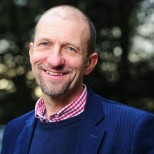 Rev Canon Ian Parkinson is Leadership Specialist in Theological Education for CPAS, and he plays a key role in the delivery of Trinity College’s School of Leadership. Prior to joining CPAS he served for more than thirty years as a church leader and was for a number of years New Wine Regional Director for the North of England.