7986
Home > Blog > Hear from our alumni > Alumni story: A voice for women in Pakistan

Alumni story: A voice for women in Pakistan

Many women in Pakistan are caught in a patriarchal system that denies them equal rights with men. Alumna Naureen Akhtar is daily working to empower them. 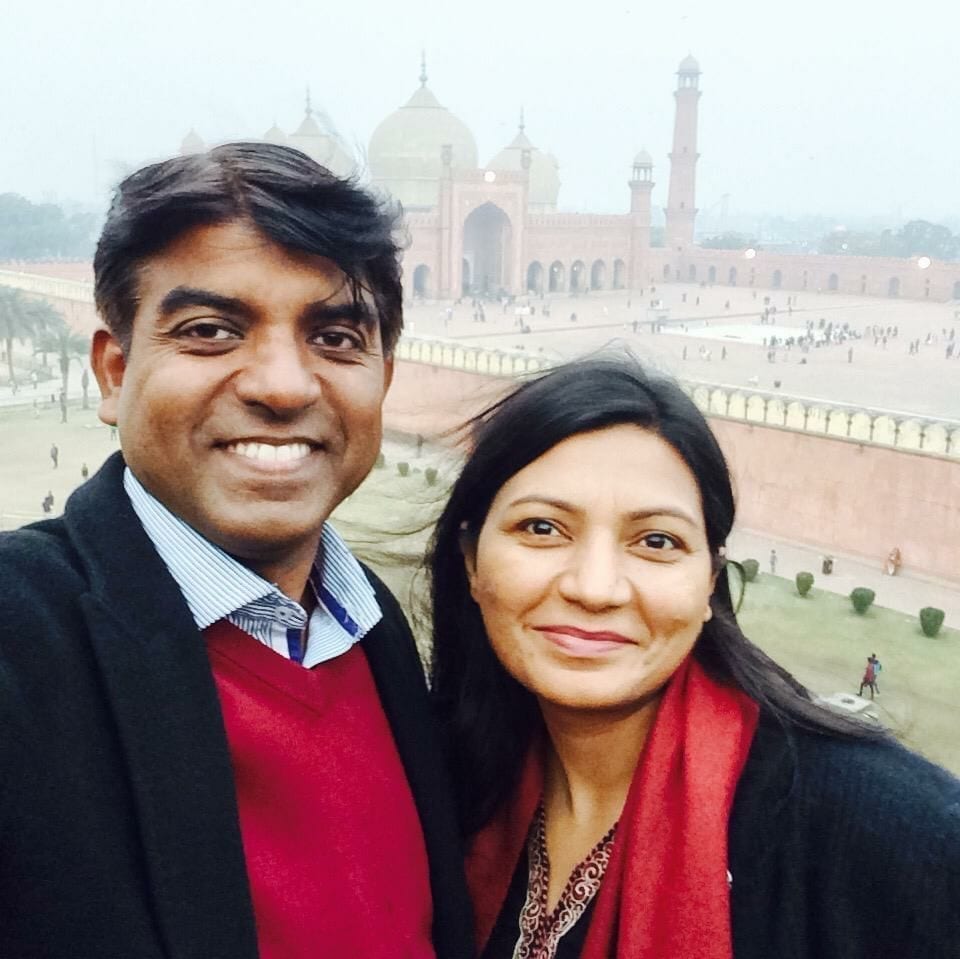 Last March, Naureen Akhtar (Trinity 2013) stood shoulder to shoulder among the thousands of women who marched in the cities of Pakistan for gender equality, demanding equal social, economic, and political rights, as well as an end to violence against women. Months later, the march continues to spark contentious debates in local and national newspapers across Pakistan as to the role and rights of women.

Growing up as a Christian woman in a country that is 97 percent Muslim and in which women are treated as inferior to men, Naureen saw women facing a double jeopardy on the basis of their religion and gender. Many Christians in Pakistan are illiterate and uneducated and thus are forced into lower jobs, often working as sweepers. The Human Rights Watch estimates that among the 5 million Pakistani children out of school, most of them are girls. But because Naureen’s parents, both Christians, were schoolteachers in their community in Sargodha, they prioritized the education of all seven of their children, including three girls. Due to their better social and economic status the family enjoyed good relationships in their Muslim neighbourhood.

Education despite the odds

After completing sixteen years of school, rather than pursuing the career in banking her father had imagined for her, Naureen couldn’t stop thinking about the needs of the Christian community and, in particular, Pakistani Christian women. ‘I ended up teaching in a convent school with Irish nuns—engaging with the community, creating awareness about the right to education for female children, working for social justice, and exploring more about the marginalized Christian community. My experience at school as a teacher motivated me to dream bigger—I had to do something for my people, my own community of women—to be their voice.’ 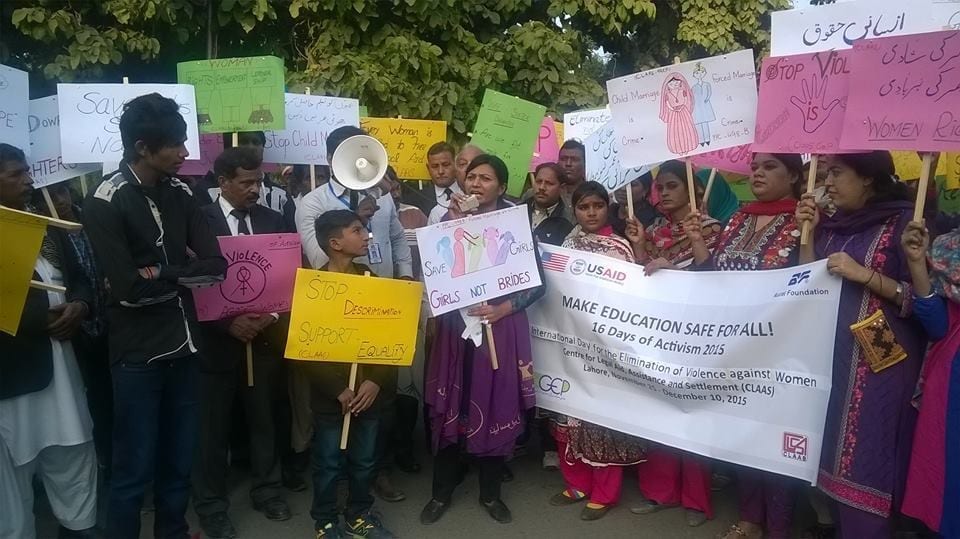 “I had to do something for my people, my own community of women—to be their voice.”

After eight years of teaching, Naureen decided to explore the Bible more deeply whilst considering issues of social justice. She began to make the two-and-a-half hour bus trip from Sargodha to Lahore to attend monthly biblical studies classes with a renowned Catholic scholar and priest who inspired her to learn contextual theology. When she finished the certificate programme two years later, he told her, ‘I see the spark in your eye—you should pursue further biblical studies.’

By now Naureen was 30, and living in a country in which most women would already have found a husband and embarked upon family life. In the midst of that societal pressure, she prayed to know God’s plan for her life. ‘I had a dream to do something for the local church, and for those discriminated against because of religion, and also because of the social economic class system. Here the social systems matter a lot—the rich are very rich and the poor are very poor. So many people are troubled due to low economic status and tortured in the name of religion.’

The priest encouraged her to study in Rome, but because Naureen had not studied Italian in school, she spent only six months there, completing a residency in biblical studies within an international community before looking online for options among English-speaking theological colleges. She found Trinity’s website, and after double-checking that the college offered housing on-site for single students, she applied to come. After a year’s worth of difficulty in obtaining a visa, in 2010 Naureen began Trinity’s BA (Hons) programme.

At first, the adjustment was difficult, though Naureen calls it ‘good difficult’. Raised within the Catholic church, Naureen found herself for the first time among mostly Anglicans. ‘The differences helped me,’ she says, ‘because that made me rediscover my Catholic faith, do more study. I’d ask myself, Why do these differences exist? I started digging more, and that strengthened my belief, my doctrine. It was also a valuable experience because even now, in Pakistan, I’m working with the Anglican church here—the Church of Pakistan—and other denominations here. It was formational for me at Trinity to say the liturgy, to go to chapel, and to see that different styles of worship exist. Also, at Trinity, I could study in a place where women trained to be ordained—this helped me rethink and envision the place and role of women in the Catholic church and the overall status of women in Pakistani church.’

“If women like me were not doing this, then even more women would be fearful, and the people who oppose us will feel that they are in power.”

Naureen returned to Pakistan from Trinity into the world of both human rights activism and the discipleship of Christians in Pakistani churches. In 2013, she met the director of a well-known nonprofit women’s rights organization, a Muslim woman, who asked her to consider joining them in their work. Naureen jumped at the opportunity and found her Christian perspectives not only acknowledged but welcomed into the group.

The team began a campaign in rural areas, knocking on doors to teach women more about their economic, social, and political rights. Most rural women were not even registered for their National Identification Cards—which are necessary to open a bank account, to get a driver’s license, or even to buy a train ticket on their own. They had no legal identities apart from their male family members—their fathers, brothers, and husbands. ‘This is one of the means to control women in a patriarchal society,’ Naureen explains. 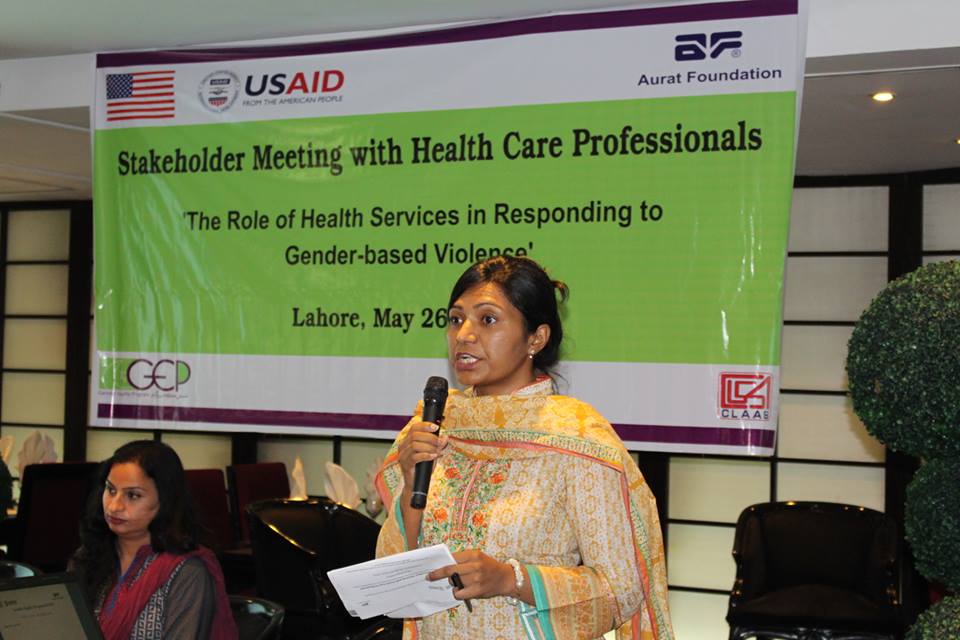 “It is so painful for me, to see women suffering, humiliated, condemned, beaten, dishonored in name of so-called traditions, cultural norms…’

Naureen also worked in southern Pakistan, where women are not allowed to leave their homes without male family members. Every week for three months Naureen travelled there to speak with local communities, both men and women, to train them about basic rights and educate them on community peace-building techniques. ‘It is so painful for me, to see women suffering, humiliated, condemned, beaten, dishonored in name of so-called traditions, cultural norms, and still forced to live with the same men,’ she says. ‘Living in poverty, without proper food, basic health facilities, bearing a number of children, preferring a male child—these women maybe can’t afford even a sanitary towel. You speak with them, but then leave them in their home, where they go back into the same system.’

In her work for the Punjab Commission on the Status of Women, a government organization, Naureen worked within the team to help provide shelter as well as a helpline for women trapped in domestic violence. These women face societal pressures not to speak of the abuse, in a culture where the police officials often don’t even believe that domestic violence is a crime but a private matter. Domestic violence in Pakistan is often fueled through child marriages, forced marriages, and many clerics willing to ignore the actual age of the bride when performing ceremonies.

Change through the churches

Beginning in 2014, Naureen began combining activism with work in the church. For a year she spent each morning engaged in activism and each afternoon using her theological training on behalf of the Catholic Bible Commission of Pakistan to translate theological books and articles into the local language, so they could be made more accessible. With the same group, she worked on efforts to help form and disciple lay people—to give gifted women as well as men the opportunities to study and to lead.

Currently, Naureen is working for the Diocese of Raiwind as program manager to help the Diocesan Development Office. The Church of Pakistan has been offering training sessions focused on building the laity among eight dioceses. In the last six months, they have trained men and women to return to their dioceses and train others on women empowerment, community peace-building, and report-writing skills.

“Pastors and priests must bring up social issues in their sermons and be in the front line for social justice, releasing people suffering from social bondage.”

As the country’s 8 March 2019 women’s empowerment march generated both deep anger and praise within Pakistan, Naureen reflects on the nature of the work before her. ‘Some people don’t think women are human, but rather objects and personal property.’ she explains. ‘The constitution of Pakistan considers man and woman equal and promises rights for all. However, these rights are not accessible and exercised by women in most of the cases. That is very distressing for me. Women are fully human and deserve equal treatment. Biblically, we can talk about that in the churches—Jesus’ attitude towards women is an example for us. We can educate pastors in what they teach from the pulpit. Pastors and priests must bring up social issues in their sermons and be in the front line for social justice, releasing people suffering from social bondage.’

Naureen is thankful for her family and their support, especially for her husband, Haroon Gill. He is a school principal who doesn’t mind making meals or washing dishes for them in the midst of her intense schedule—within a culture that does not allow men to do so and which considers a working wife to be a humiliation to her husband and a ‘bad woman’. Instead Haroon invites Naureen to his school to run awareness and training sessions for the teachers. 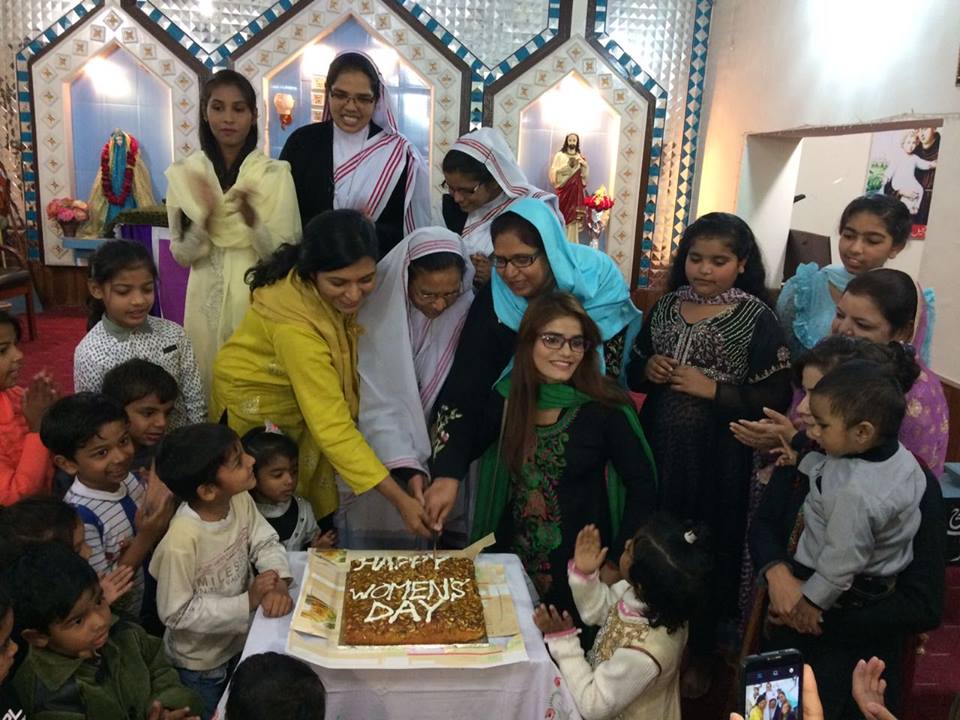 ‘We see the change—gradually. We are hopeful. Some educated men have started talking openly on gender bias. Change would be there, but more efforts are required. We are doing our part. If women like me were not doing this, then even more women would be fearful, and the people who oppose us will feel that they are in power. I have strong faith in God—God of justice and liberty—the same God is at work through me and many others beside me. Throughout my journey, again and again Jesus’ manifesto in Luke 4 inspires and strengthens me: to those held captive by many social evils, we will bring the good news.’

To help support non-ordinand/independent students like Naureen at Trinity, consider a gift to our Bursary Fund through www.justgiving.com/trinity-bristol. Originally published through Trinity College News, our alumni newsletter, spring 2019.