This summer, as Lockdown began to cease, Trinity College linked up with the ‘Landscapes of Faith Project’  based at Llantwit Major in South Wales in creating some projects designed to highlight the legacy of John Wesley. We did so by walking from Wesley’s Chapel in Bristol to South Beach on the coast on June 25th. (Bristol is associated with many great champions of the Christian faith from William Tyndale (with whom Trinity has connections) to George Muller and John and Charles Wesley). I felt it was time to get better acquainted with the Wesleyan link.

We started at The New Room (John Wesley’s first) Chapel (at 36 The Horsefair, Broadmead, Bristol BS1 3JE with a public theological conversation discussing ‘What did John Wesley mean when he journaled ‘I simply described the plain old religion of the Church of England which is now almost spoken against everywhere under the new name of Methodism’. We then set out to walk the fourteen miles to Severn Beach on the coast, aiming to be picked up by a fishing boat at high tide, which would convey us to the other side and the other land. 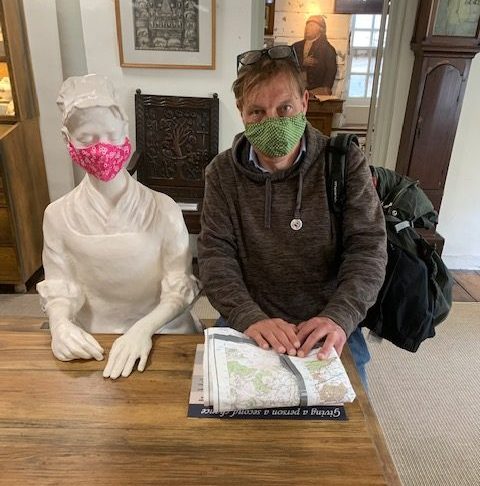 My sparring partner in all this was Richard Parry (Director of the Landscapes of Faith Project) and he and I often reflect on how to make missiological connections between the present culture in Britain and the story of faith on these islands. It was Richard who helped me dream up the charity voyage ‘Navigators of Faith’ in 2018 when a large team of us circumnavigated the British Isles, stopping in many ports to set up conversations about the legacy to the Christian faith made by the Celtic saints (this has recently been written up as a travel journal that reflects on my experience entitled ‘A Wild Goose Chase’ -Exploring the Celtic Saints by Sea, Blessed Hope Publishing, May 2021)

On this occasion, the Landscapes of Faith project was celebrating the heritage of faith left by John Wesley who criss-crossed Britain by horse covering over a quarter of a million miles in his life time. Of particular interest to us at the college was the fact that from his Bristol headquarters in the New Room, Wesley blasted the slave trade and began work that would change the culture of Britain for working people – he provided them with direct access to good information about faith and spirit.

At the time of the Wesleyan revival, Bristol was a centre for the slave trade and it has been estimated that 2108 slaving ventures departed from Bristol between 1698 and 1807 (when the average number of enslaved people on a ship was considered to be in excess of 250. It is therefore estimated that merchants in Bristol were responsible for more than 500,000 enslaved African people being shipped to the Caribbean and North America. In 1750 alone, Bristol ships transported approximately 8,000 of the 20,000 enslaved Africans sent that year to the British Caribbean and North America. 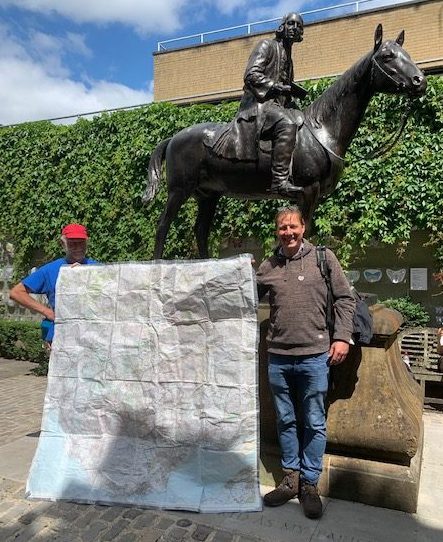 As a result of this walk, I have not only grown in respect for how Wesley travelled such huge distances by horse or on foot ( I confess to aching a bit on my little slice of that journey) but I have been encouraged to read Wesley’s diaries (I have enjoyed reading a large edited volume of his 14 volumes written across his life) and  I am now reflecting on the contribution Wesley made (or failed to make) in offering a Christian response to the evils of the slave trade.