So, you’ve just spent the last 2/3 years of your life at Trinity. You’ve explored theology to the depths of your soul and stretched your intellect trying to understand the finer points of doctrine. You’ve argued with Paul Roberts, had a hug from Howard Worsley and heard Sean argue “both/and” to almost every scenario under the sun. You’ve written what feels like a quadrillion words in essays, had an awkward conversation or two with a vicar at a placement, been stretched by your community, made a bunch of life-long friends who “get it” and filled yourself to the brim with Trinity lunches and now you were just in front of a bishop, and everyone is calling you Reverend! 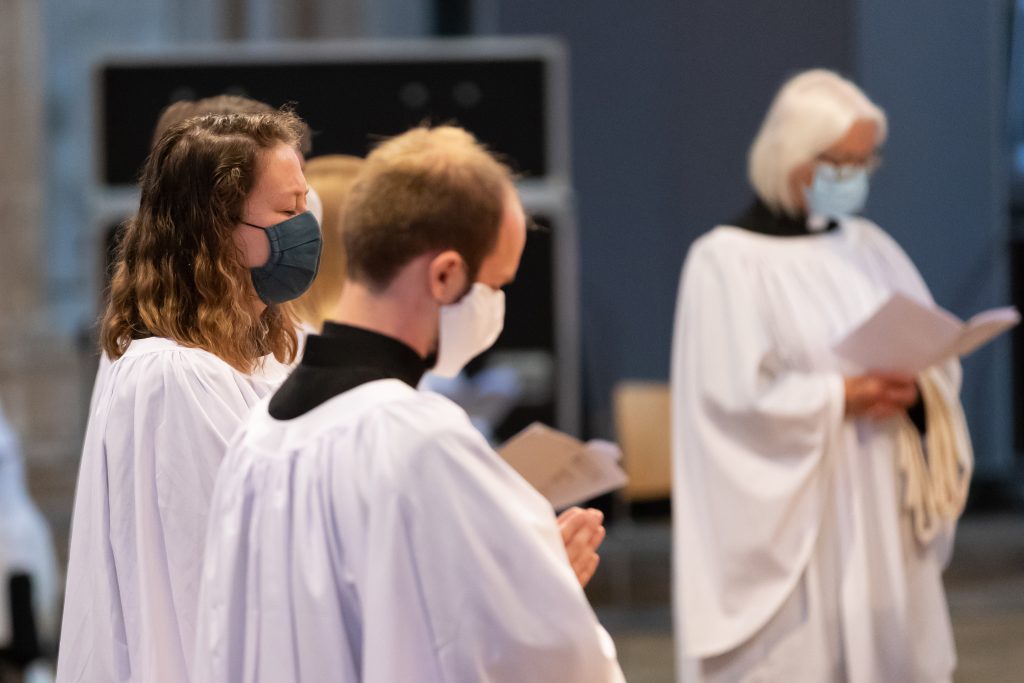 That all happened very quickly! So what’s next?

I had a chat about all this with Alexandra Podd (aka Alex/Podd/Poddrick/Poddulator/Poddzilla) who finished here in the summer of 2021 and was ordained a deacon in Ely Diocese where she is serving her curacy at Christ Church Orton Goldhay, St Andrew’s Alwalton and St Michael’s Chesterton, Ely Diocese. She was one of the first people we met when we arrived as she invited us to a BBQ a week after we had moved to Bristol. We’ve been good friends ever since.

Me: So, it’s been a few months, how do you think of your time at Trinity now that you’re out the other side?

Alexandra: Oh, I for sure miss it. I miss friends, college life and Bristol. It was a joy to be working alongside such wonderful friends, and growing together, but I am glad to be in curacy now. It’s nice to finally be totally immersed in a community doing the job. Time at college was an intense bubble and I was always aware of what I would be doing eventually but not being able to actually do the stuff yet.

Me: what have these first months as a Deacon been like?

Alexandra: It has been great to be finally released and anointed in my calling. Justin Statis’ open day lecture still sticks with me though – I don’t have all the answers, but I do have the tools in my toolbox to have a go, and also a network of people to support me through!

That said, it’s not been easy. It takes time to get your head in the game and to own being clergy and the day-to-day authority that comes with that. Even though I wear a collar every day, I still get asked as a young woman ‘are you sure you’re a vicar?’! Throughout my discernment I was constantly told by others I was too young, but the diversity of people at Trinity helped me to see that God doesn’t just call middle-aged white men, and therefore being a young woman is a strength, not a hindrance. That said, I do still have moments where I look in the mirror and do a double-take!. I still have moments myself when it’s like: “oooh am I really a priest now????”

There are some wonderful things that happen now too like recently in a local café where a little girl was grinning at me over the back of her chair, and I ended up chatting with her mum and they went back to church as a family the following weekend.

And there was a tricky funeral visit – I was really nervous and asked some awkward questions that weren’t very helpful. The daughter didn’t come to the meeting as it was too painful for her, but I offered them my number to talk, and she rang that afternoon. I went into that phone call thinking I just wanted it over with because I clearly wasn’t cut out for this job. However, I left the phone call with a renewed sense of calling. The daughter repeatedly during that call spoke of how much it meant to finally have a safe space to talk about her dad, and how she felt like she was being healed through that conversation. It reminded me that we as God’s people in whatever role are reflections of God’s love, healing, glory and more.

Me: How has it been with the practical stuff?

Alexandra: Equal parts fun and challenging, especially during the ‘firsts’! Every priest does things differently and you get to figure out how you want to approach things. So, like a funeral for example; the first time I did one I copied what my training incumbent did then after that and as I did a couple more I became more confident at it. As funerals become second nature, I’ve realised that ministering in this new way has become a central part of my vocation, rather than something to do.

Sermons have felt very different to college. I was working on a similar sermon that I did on my first placement at Trinity but I’ve noticed that I’ve grown in such a way through my time at Trinity that my preaching is a lot more connected to day-to-day life, and also conversational. Less like an essay!! My placement gave me so much opportunity to learn and practice sharing God’s word, and returning to the very first passages I preached showed me just how my placement and Trinity shaped me to be comfortable in who I am as a minister.

Sometimes it can be really funny too. I was at a baptism that I wasn’t even presiding over, I was only doing the prayers, but I managed to get the names wrong. It felt super awkward, but the family were cool about it. I even heard them joking about it as they left the building nicknaming the dad with his new name. Those moments you just have to laugh about, and I also found the Wider Trinity Community Facebook group a comfort in that time, as a thread pooled all the silly things that many had done.

Me: Top nugget of advice? 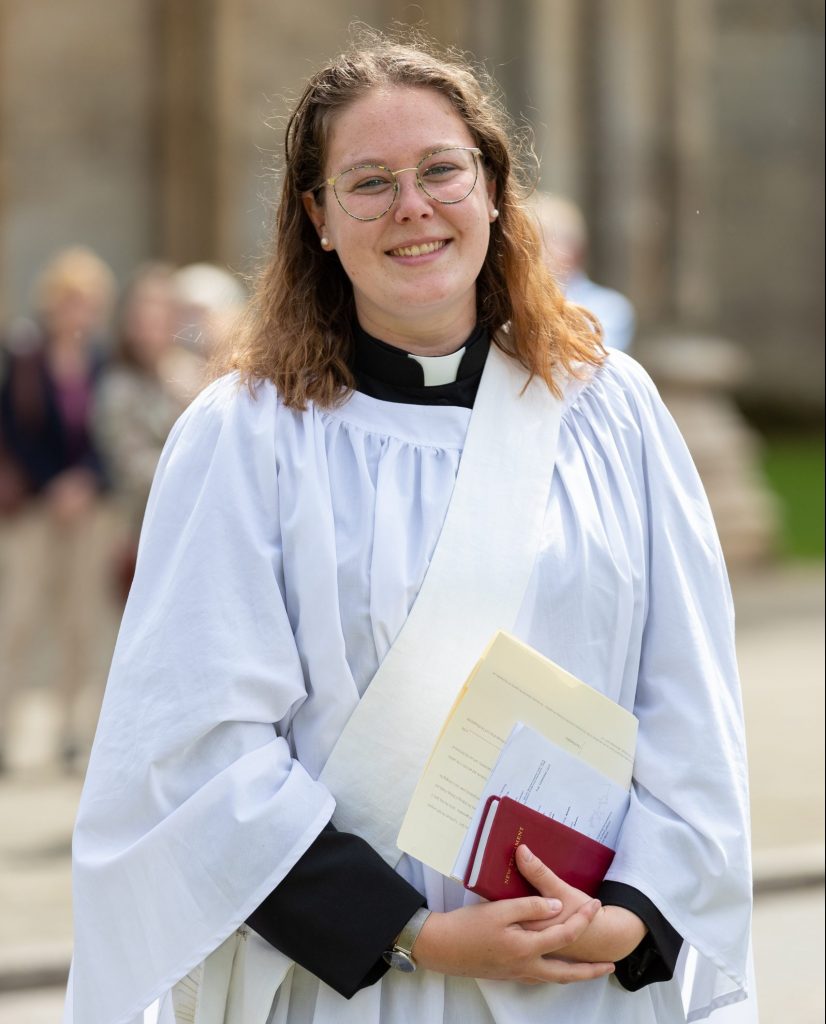 Article was written by Mark Robinson our Communications and Publicity Officer. If you are part of our alumni and have a story to share then please get in touch.