I took this photo of a small sapling in late March 2019 when my wife Ruth & I travelled down from West London for her interview here at Trinity.

Ruth had yet to do her BAP but it was booked in for August and we realised it would have been difficult to sort everything out for moving time for the new term but Trinity was super helpful at advising us of the stages and invited us for an interview anyway. We had already been to an open day the previous November and were keen to get an idea as to what life might look like for us, if and when Ruth got the green light from the bishop.

We had been recommended Trinity as a training college by our previous vicar. He may have been slightly biased, having been born and raised in Bristol but his recommendation was more based on his knowledge of our family and who we are. He based it on the fact that building community and walking alongside people would be vital to our formation journey as a family.

We were given another tour of the grounds and were on our way back up from the prayer hut and I noticed the sun catching the leaves of this tiny tree behind the chapel. The tree was like a shining image of hope for our future, growing up through the undergrowth despite the other trees, the undergrowth and the shade it was mostly shrouded in. You can imagine that any interview is often fraught with nerves but we felt God reminding us He was in control and He had a plan for us.

I remembered then, our Open Day. I remembered that from the second we arrived, we were made to feel so welcome by the staff ordinands who were all so incredibly helpful and friendly. We dropped the kids off at the childcare that they provided and we went to a lecture by Justin Stratis on Kingdom Learning but the thing I remember the most was that he used one of my 80’s TV heroes, MacGyver, as an illustration so, despite the fact I wasn’t to be the one to study, I was already won over.

There were more sessions during the day which spoke on the academic courses, church placements in local contexts. We had a session in the chapel with other faculty members and we met with the Connect group which is the spouses’ community group. They shared about the different ways in which they support each other and how the college supports them too.

We later had lunch with more of the community and the legend of Trinity’s food was proven true. It was plentiful and delicious and almost every person unwittingly spoke about how good the food was (never mind the stellar education one receives at this college – it’s all about the food). We met lots more friendly and smiley faces during that lunch. It was a lovely mix of ordinands, spouses, student’s children and staff. It was easy to see the community dynamic in the room with all the friendly banter and fun they shared with us. It was so obvious that they all LOVED this community and loved being there.

We came away from that day feeling like this place could be somewhere we could all grow as a family which was a key aspect of training we were looking for. We didn’t just want the ordination process just to be about Ruth’s transformation, we want our whole family to go through the process together and it was obvious that this would happen here.

As we got in the car to leave, I remember turning to Ruth and saying”

When we came away from the Open Day, we both realised would be really disappointed if we didn’t get to come here. Needless to say, Ruth was accepted, got through her BAP and The bishop said we could come.

Two years later, I was walking down to the prayer shed with Alfred, an ordinand and a great friend and I spotted the same sapling now flourishing and growing strong. Again I felt that presence of God grabbing my attention and reminding me of how far we have come. 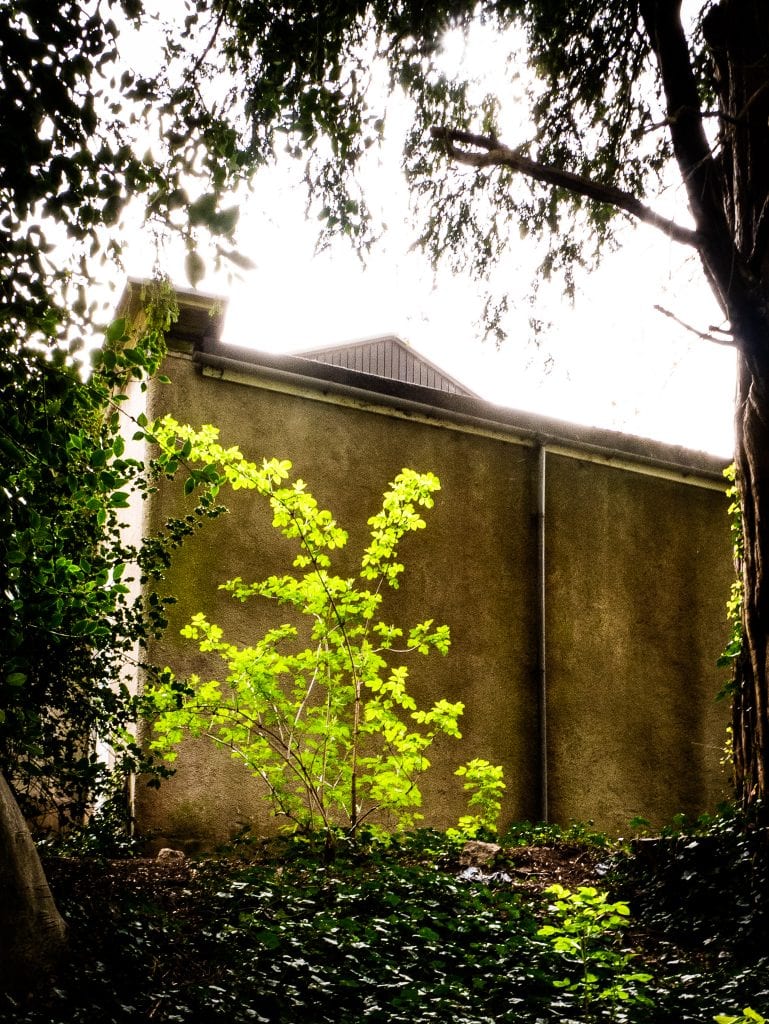 Ruth is coming to the end of her first year of a two-year diploma during a global pandemic but despite us all having to do things differently, despite the processes being more complicated, despite having to do lectures from our bedroom, despite not being able to be on college grounds, despite trying to make new relationships over Zoom… despite all these things we have made it.

Ruth has been receiving a brilliant academic education that is challenging but fun.

We have made deep relationships that we know will last our lifetimes.

We have grown closer to God.

We have become another group of people who love this place and this community.

Whether you’re thinking about ordination or studying theology, as a dispersed,  gathered or an independent student and want to get a flavour of what that might look like at Trinity like then come and see for yourself at an Open Day

Mark Robinson is Trinity’s Communications and Publicity Officer and a member of Connect, our spouses group which provides support and community to the families of our married ordinands.

You can find out more about Connect here: www.trinitycollegebristol.ac.uk/connect